The division of Google which is engaged in "clever" Nest thermostats wants to buy the Dropcam Company which makes continuous tracking cameras for house. 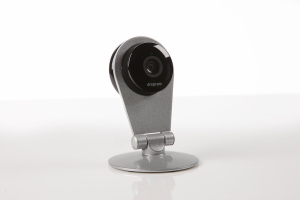 Google’s Nest division is plotting a move into the home-security market for smart house. The division of Nest making intelligent thermostats, is going to accelerate increase in presence at "the Internet of things" having bought Dropcam company.

The status of any talks between Google and Dropcam isn’t clear, spokespeople for both companies did not respond to requests for comment. Dropcam makes a $150 camera that streams footage to phones and computers. Cameras are connected to home Wi-Fi network that assumes remote management.

Recently, Dropcam announced about motion sensor functionality that focuses a product on the house safety sphere. Meanwhile cameras can't distinguish what object moves in a shot whether it is person, car or a dog however Dropcam has already planned to learn how to determine it in summer 2014.

The company has also released special Dropcam Tabs sensors which can be connected to doors, windows and even laptops to watch them if they are open or closed. Sensors cost 29 dollars and are available to the Pro-version camera (199 dollars). At movement detection they send the notification to smartphone.