PayPal scam allows you to double your money

The Romanian hacker showed to the team on safety of PayPal the way of scam operation, using three separate accounts. 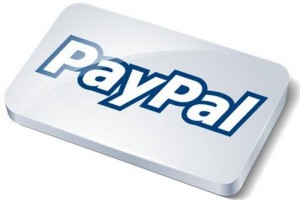 Convicted NASA hacker Razvan Cernaianu, better known by his handle TinKode, has disclosed a loophole that takes advantage of PayPal’s Terms of Service (TOS) and could allow scammers to pilfer funds by way of the company’s chargeback function. Cernaianu says the scam can be accomplished with three PayPal accounts – the first as a legitimate buyer verified with a personal card, the second used as a seller, and the third as a “mule” account – the last two using virtual credit cards.

He noticed the flaw while making a transaction using PayPal with a person back in 2010, who was trying to scam him with his money using the same chargeback process. To avoid paying charges, he transferred all his money from his temporary account to his original account. A month later however, when he checked his account, the balance shown was negative.

He then tried out the loophole on his Paypal account and could successfully double the amount he had. He alerted the Paypal security team and submitted the POC to them. The proof of concept explanation he detailed that by making three separate PayPal account with one real and other two verified using Virtual Credit Card (VCC) and Virtual Bank Account (VBA).

“So for example, you have 500$ on your account. You transfer the money to the second account with the pretext of buying a phone. From the second account you again transfer the money to the third account as a gift. After 24 hours, use the charge-back function from the first account (the real one) to get the money back, with the excuse that the phone did not arrive on time. PayPal will initiate a process where both sides bring evidence for their defense. Obviously you will only send evidence from the first account showing that you were scammed. At the end of the trial the money will be restored to the primary account and the second account will have a negative balance of -500$. This way, you doubled the initial amount of money because you still have 500$ in the third account. As the second account is only a virtual one, it will not have real money from which PayPal can extract. Therefore you are left with 500$ restored by PayPal, and 500$ in your third account,” TinKode emphasized.