About 600,000 Facebook users have taken part in a psychological experiment, without their knowledge. 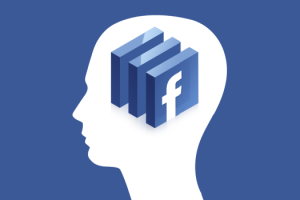 During the experimental period Facebook users were shown either more positive, or more negative content on their news feed. The social network claims that users agreed to take part in experiment.

In psychological experiment, without their knowledge, almost 700,000 selected English-speaking Facebook users took part. The results of research, which was 2 years ago, were published at the beginning of June. Facebook altered the tone of the users' news feed to highlight either positive or negative posts from their friends, which were seen on their news feed.

A special program has analyzed the emotional content of words using around 3 millions of post. Facebook found that the emotion in posts is contagious. Those who saw positive content were, on average, more positive and less negative with their Facebook activity in the days that followed. The reverse was true for those who were tested with more negative postings in their News Feed. It should be notified that users who read negative posts don’t want to tell something about themselves.

Facebook were able to carry out the experiment because all users have to tick a box agreeing to their terms and conditions. However such approach to research caused concern among Internet users. The company believes that this study is one of the first in the history during which there was an active manipulation of information on a social network.

OUR POINT
This particular news is not new. Several years ago a rumour told about the plans, which the social network had in analyzing psychological behaviour of their users. They did many experiments now and then, but in public we now know about this one. Be it as it may, but when someone is doing this without telling, one question that I ask myself. Do I want to use Facebook anymore?
Tags:
Facebook surveillance
Source:
The Telegraph
1919
Other NEWS
3 Jul 2020