Both mobile operating systems pose risks to the enterprise. 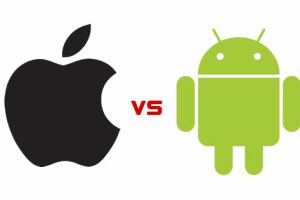 A new report about mobile threats in 2014 from Marble Security maintains that neither iOS nor Android is inherently more secure than the other OS.

In spite of the level of protection in iOS is higher, than in Android, none of these platforms are absolutely safe. The risks to enterprises allowing employees to bring in their own devices, whether iOS or Android-based, are not that dissimilar.

But iOS has its own advantages, for example, non-jailbroken iOS devices can only download apps from Apple’s App Store which is strictly checked on existence of malicious software by Apple. As for Android, users can download apps from a myriad of unchecked app stores including official Google Play Store.

Apple has another advantage in that iOS has much less “fragmentation,” or a multitude of versions and configurations of its operating system. In contrast, Android is heavily fragmented, Marble Security experts counted 11,868 types of devices that run myriad versions of Android.

According to researches, Android versions may have security vulnerabilities, old patch levels, insecure configurations or unsecured apps installed from the factory.

Nevertheless iOS can‘t be called absolutely secure. Users can install an application not from the App Store on a non-jailbroken device using TestFlight, which is a platform for distributing beta apps to select user groups. Moreover Apple‘s users are exposed to phishing attacks and social engineering.