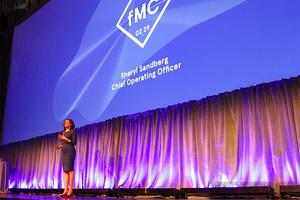 This week, during negotiations with Indian advertisers, Sheryl Sandberg, deputy to chief executive Mark Zuckerberg, made the statement in which she apologized for carrying out psychological tests on users without their knowledge.

In the course of research which led to large scandal, the social network manipulated the information on emotions by nearly 700,000 users of Facebook to prove that their emotional state can influence on all members of Internet community.

Facebook‘s governance apologized for secret experiences on users in public. Sheryl Sandberg reported that this experiment is part of long-term research to test new products, and the company didn't want to upset users.

Confidential approach to research caused concern and indignation among Facebook users, they even called it awful and angry.

OUR POINT
When you did the huge changes in people lifestyle and say after that you apologise for that it sounds insane. Who allows them to do such things without asking?  Maybe now as they become one of the biggest players in the market they think they are the hub of the universe. I don't think so, they going to loose, since every user when signing privacy statement expecting in have security and data protection.

“The reason we did this research is because we care about the emotional impact of Facebook and the people that use our product. We felt that it was important to investigate the common worry that seeing friends post positive content leads to people feeling negative or left out. At the same time, we were concerned that exposure to friends' negativity might lead people to avoid visiting Facebook. The goal of all of our research at Facebook is to learn how to provide a better service,” Adam Kramer, one of the authors declared.

“It will make people a little bit nervous for a couple of days. The fact is, Google knows everything about us, Amazon knows a huge amount about us. It’s stunning how much all of these big companies know. If one is paranoid, it creeps them out,” University of Texas psychology professor James Pennebaker told.

The experiment is related to the Pentagon project, called "Minerva Initiative" during which various universities can get financial support on large-scale study of social fears, public opinion and installations worldwide.