Recently there was a message that Facebook made experiment on users without their permission to find out how people react to various types of information. 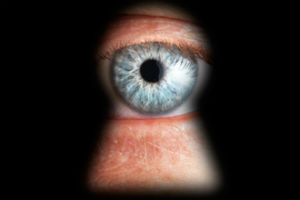 The results showed that emotions of other people in social network can affect our own. At once news caused concern and indignation.

In 2003 a second year student Mark Zuckerberg created site, where photos of his classmates were uploaded for comparison. From the very beginning this idea seemed to be a game though in order to create it Zuckerberg had to hack the whole base which contained information about students. Mark could be excluded from Harvard University for his actions.

But in 2004 all the charges were eventually dropped and Zuckerberg continued to work on social network, called Thefacebook. Then Mark met Sean Parker who helped to find investors, PayPal payment system joined Facebook and Microsoft invested 140 millions of dollars in Facebook.

How can it be explained? Investors put millions of dollars in doubtful business or they could predict Facebook success. But let’s take for example Sean Parker, in the past he was caught while hacking and to avoid prison, he had to cooperate with CIA in the USA. It should be noted that as soon as Facebook in 2005 started making essential profit, Parker at once left the company.

How does it work?

It is not a secret that with help of Facebook you can learn a lot about users. After all if one visits any website which is not concerned to social network, the Facebook user can find his name among other visitors though nothing was filled before entrance.

It means that the Internet resource, which contains a form of links to it in a social network, obtains data on Facebook users who visit it. And the social network in its turn is watching users. The matter is that the purpose of Facebook creation was to collect all information on users and to analyze their activity in a social network as it opens big possibilities to the intelligence services staff and, of course, the more users, the better.

And the very important thing is that Facebook doesn’t hide surveillance. Besides, the social network opened the methods of surveillance.In 2014 for St. Valentine's Day Facebook offered service in which one could find couple among friends. This service worked in such a way: having pressed the button “search” there were messages: to analyze friends data, their "likes", correspondence, posts, etc.

Such algorithm couldn't be created simply for this service. So, such system of the analysis was developed earlier, but its design was simply changed for holiday and the mechanism was opened for some days. Then there was the experiment leak about users’ emotions. These researches show that Facebook is a powerful tool for surveillance and manipulation.

Why was the surveillance opened?

Probably, the main thing for them is to demonstrate that surveillance data don't affect on network usage and have no impact on the value of obtained with its help data, as well as on effect from campaigns carried out in network.

Such confidence is necessary for Facebook. If its importance as a tool of the analysis and influence on users of network is doubtful, then the excellent built economic history of the company can be changed.

So, in May 2012 Facebook priced its shares at $104 billion, but next day these data appeared under doubt and the price fell to 13 percent. After that shares began to fall even more. But there appeared a movie about Facebook which received some "Oscars", then revolutions in Algeria and Egypt were claimed to be because of Facebook. That is the company was in the center of attention and the price of shares was raised.

For the full year 2013 Facebook earned $US7.87 billion, with $US1.5 billion net profit, the price of shares at the exchange made 50 dollars for paper, and it means that the cost of the company made more, than $US130 billion. The company is estimated in 90 times more expensive, than it earns annually.

So all opinions and likes fans — smile, you are being watched.

OUR POINT
People, who prefer protection and security, Facebook has already marked itself as untruthful social network. Since they claim that they spy on users, it proofs once again that all your share or post can be used against the same users. Moreover, conducting  the psychological test raises the question about privacy on a global scale.
Tags:
Facebook surveillance
Source:
Lenta
1919
Other NEWS
3 Jul 2020