iPhone is a threat to China's security 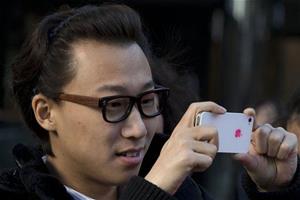 It means that in few days iPhone is able to learn a lot of things about user's private life, such as his working place, home address, his friends‘ location, shops and restaurants that user visits.

Experts point out that this is sensitive data about user. If the data were accessed, it could reveal the entire country's economic situation and "even state secrets", the researcher said. Apple denies that iPhone is a threat to China's national security.

Earlier the Chinese media accused Apple that of providing user data to the USA intelligence agencies. Note that according to the same scheme Microsoft was criticized as well. Then the Chinese government banned Windows 8 in their PCs. Also Facebook and Twitter were banned in China.

OUR POINT
China as a country have very strict rules and filtration process. Chinese people, who use Internet constantly under surveillance. Apple as American company received the same notice as Microsoft with it is Windows 8.  This indicates that Chinese might want to defend themselves and allow domestic product be more competitive in the local market, or it could be the hidden political motive.
Tags:
surveillance Apple
Source:
Reuters
1733
Other NEWS
3 Jul 2020