The Department of Defense of the USA makes experiments on social networks users. 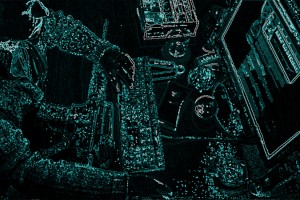 The Pentagon invests large amount of money for carrying out experiments which are connected with users‘ mood and its manipulation.

The Department of Defense of the USA was very interested in famous people accounts such as Justin Bieber and Lady Gaga. The Pentagon project includes not only monitoring, but also communication with users. In order to study human response, many Internet users were often sent certain information to emails or news feeds.

Scientists studied relations between social networks users. Representatives of the Department of Defense investigated propagandistic campaigns‘ efficiency which were carried out on social networks and their influence on public opinion.

OUR POINT
Same as Facebook, who makes the unauthorized physiological tests on humans in their network, military may go even further. Who knows what exactly they are looking for and what data the going to collect?  Can we trust the government if they continually spy on people's life? Maybe it is time to make the radical changes  and step up to show that this is situation goes out of hand.
Tags:
USA surveillance Facebook Twitter
Source:
The Guardian
2136
Other NEWS
3 Jul 2020