The producer from China installs malicious software on their products

Office equipment carries out attacks to an internal network by means of SMB protocol. 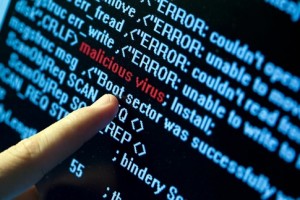 Malicious software is set on Chinese scanners for the purpose of information plunder. Several scanners–spies were sold by many companies, including the well known company of equipment production.

Some versions of malicious software blocked system work, and abducted data on finance, data on clients, and about deliveries. Stolen information was given to the company producer.

Information security specialist considers that the company producer who sold infected scanners could be connected with criminals who made attack to the Google Company, called Aurora. At Lasyan School (Shandong Lanxiang Vocational School) in one of extensions, there was a criminals‘ staff. According to the accused producer, they don't know who infected equipment and have no relation to it.

Once you connected the scanner to the Wi-Fi network, they attacked an internal network by means of the SMB protocol right here. The virus used the RADMIN protocol by means of which it could infect more than nine servers despite blocking a firewall.

The company that became a victim of virus used special target baits by means of which the attacks became possible to stop.

OUR POINT
So many technological parts are now coming from all over the globe, but the number one who provides all the major tech components made in China.   Previously, Huawei as one of the biggest Chinese manufacturers of smartphones and another equipment was blamed by American government. They accused Huawei  in installing to their smartphones the specific software, which ables to spy on the owners and transfer data to unknown sources. Now, the situation might have another spin.  To minimize the impact, don't trust your  gadgets too much and keep valuable  data in other places.
Tags:
China surveillance
Source:
Advanced Computer Services
1793
Other NEWS
3 Jul 2020