According to the Chinese mass media charges, information security could suffer. 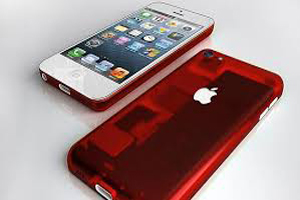 At the same time Apple representatives claim that user‘s location data are only on his device and can't be saved on iTunes or iCloud.

According to the Chinese mass media, the information gathered by Apple can reveal the entire country's economic situation and even state secrets. In turn, Apple‘s technical support declares that the "Frequent Locations" function doesn't track your smartphone.

Apple Inc. claims that in order to remember the most important places for you and further to provide the most suitable route, your iPhone keeps the most visited places only on your phone and won't send this information to Apple.

Also it should be mentioned that the "Frequent Locations" function isn’t installed by default, that’s why any user can connect it or disconnect. In addition, all data are stored on the phone without a copy on iTunes and iCloud.

Apple‘s employees said they hadn’t had access to "Frequent Locations" information. Moreover, they Apple declared that they had never worked with any government agencies.

OUR POINT
The speculation on whether or not Apple tracks down the user's activity now having another angle.  There were no clear evidence that Apple continues to do this. They stated before, if a user switch on GPS location, they use those locations as markers and able to provide  related ads and  more accurate search data results. Be it as it may, we need to be more proactive with our security and pay attention to every setting with the status ON on our smartphones.
Tags:
Apple China surveillance
Source:
Tech Times
1785
Other NEWS
3 Jul 2020