How to find and not to lose work because of Facebook

In the wake of employers going so far as to ask prospective employees to hand over their Facebook passwords, a practice that has been heavily frowned upon by Facebook itself, social media ‘screening’ continues to be a common practice amongst human resource professionals. 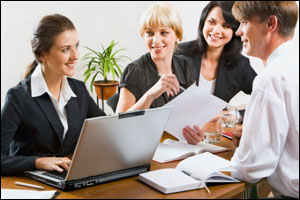 According to a CareerBuilder survey, as many as 37% of employers are checking out prospective employees on social media before they make a final decision.

What are employers looking for?

While only 37% may be engaging in the practice, that number could have easily increased, if it weren’t for the fact that 15% said that a sneak peak at a social media profile is prohibited by their companies. 11% also said that, while they don’t currently use ‘social media screening’, it’s something they intend to implement.

Comparing figures from surveys over the past few years, it would appear that the number of employers who are using social media to screen candidates is actually decreasing.

CareerBuilder points to a 2009 study the number of employers including social media in their online background checks stood at around 45%. CareerBuilder’s own 2010 survey put the number at 50%, with 12% saying that they planned to use social media to screen candidates.

Search Engine Journal points to a study conducted last year where 53% of employers said that they look to social media as a way of researching potential candidates.

In the 2011 survey, it was obvious that social media had a negative effect on employees chances. As many as one third of prospective employees had lied about their qualifications.

Now while the number of employers checking out social media profiles might be on the decline, CareerBuilder’s recent survey shows that if there’s one thing that hasn’t changed is the fact that it continues to hurt prospective employees chances at getting the job.

A third of hiring managers said that social media snooping led to the employee not getting the job. The reasons given ranged from sharing provocative or inappropriate photos (49%), sharing information about drinking or drug-use (45%), poor communication skills (35%), bad-mouthing a previous employer (33%), discriminatory remarks relating to race, gender or religion (28%), and lastly, lying about qualifications (22%).

While the practice has been known to hurt a candidate’s chances, it has also had the opposite effect, giving them the edge on their competition. 29% of hiring managers said that they found something that led to hiring the candidate,

The other side of the coin

So how does social media have a positive effect when it comes to the hiring process?

The survey is a reminder of the painfully obvious fact that content shared publicly, can easily be found by anyone, including a prospective employer you’re trying to impress.

While asking for a Facebook password certainly crosses a line, social media users should be conscious of what can be seen publicly and should have a firm understanding of privacy settings, particularly considering the fact that Facebook is the first place employers look.

65% of the respondents said they look to Facebook, 63% cited LinkedIn, while Twitter was on the radar of only 16% of hiring managers.

“Because social media is a dominant form of communication today, you can certainly learn a lot about a person by viewing their public, online personas. However, hiring managers and human resources departments have to make a careful, determined decision as to whether information found online is relevant to the candidates’ qualifications for the job.”

The CareerBuilder survey was conducted by Harris Interactive, questioning just over 2,300 hiring managers and HR professionals in February and March 2012.

One more interesting research was published published in the Journal of Applied Social Psychology, researchers asked a university professor and two students to spend 10 minutes looking through the Facebook profiles of employed college students. They were then asked a series of personality-related questions about those students, like whether they thought the students were dependable or emotionally stable.

Six months later, the researchers obtained performance reviews of those students and compared those reviews with the earlier Facebook evaluations. The result: a high correlation between the perceptions drawn from Facebook profiles and their performance at work. In fact, the Facebook evaluations proved to be more accurate than traditional personality tests companies often use to gauge prospective employees.

The study’s results call into question the sorts of personality tests human-resources (HR) staffs have used to evaluate candidates for years. If a 10-minute assessment is all it takes to determine good workers from poor ones, why wouldn’t all employers do that?

Well, a lot of them already are. An estimated 70% of recruiters and HR staffs have turned down candidates after they’ve found negative information about them from sites like Facebook.

But what’s interesting about this study is that it didn’t just focus on the kind of information that wouldn’t disqualify someone for a job. It also focused on positive personality traits that employers would want in an employee, like if he or she is social, curious, has interesting hobbies or a sense of humor. Photos of students going out and partying didn’t necessarily hurt them and sometimes even boosted their ratings because it showed that they were extroverted and comfortable in social settings.

However, as more employers consider using social-media sites to evaluate job seekers, more companies could find themselves in legal limbo. The legality of using sites like Facebook in hiring is often unclear in many states, which is why many employers hire outside companies to run social-media background checks on candidates. Those companies give employers only the information that can legally be used in evaluating prospective employees.

So if you’re job-seeking, assume that a potential employer is looking you up online. Before you post something, think: Would I want my future boss to see this? But then again, don’t just post photos of you sitting around your apartment reading in complete solitude. Those photos showing you out and about may actually help you.