George Hotz, best known for hacking Sony's PS3 and the iPhone, has been snapped up for Google's vulnerability research team Project Zero. 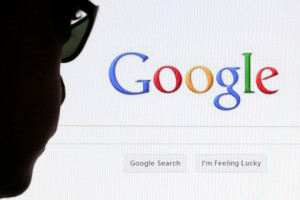 Google has hired a prolific hacker by the name of George Hotz to join the Project Zero team. Hotz is well-known for hacking Sony's PlayStation 3 and Apple's iPhone.

The 24-year-old — also known as geohot — hacked into the PlayStation 3 in order to install alternate operating system software, with the intention of playing pirated games. Hotz was then subsequently sued by Sony, although the matter was settled outside the courtroom. The hacker is also known for unlocking Apple's iPhone. Now, after a brief stint at Facebook several years ago, Hotz has found a home with Google.

Google's Project Zero aims to reduce the threat that zero-day attacks represent by funding vulnerability research and hiring top security specialists and hackers. The hire of Hotz, therefore, is hardly a surprise — as these types of projects need people that can think like cyberattackers, as well as be talented in their own right, in order to thwart them.

Project Zero is currently hiring, although it does not say how people are recruited. Members of the team will seek out vulnerabilities in systems where "large numbers of people" are dependent on services, and in addition, will research "mitigations, exploitation, program analysis — and anything else that our researchers decide is a worthwhile investment," according to Chris Evans, "Researcher Herder" at Google.

Google will publish a public database of vulnerabilities found, as well as how long it takes companies to react to bug reports and fix the problem.

This is far from the tech giant's first foray into security, as the firm already has a bug bounty program for its own products, and Google staff are known for reporting vulnerabilities to other firms, including Microsoft and Apple.

OUR POINT
Hard to tell what the future mission of Project Zero might be. Google is constantly evolving and adopting new technologies to make a better life. They will form the next level of gadgets and smartphones, which will be safer and protected for personal communication.
Tags:
Google data protection
Source:
ZDNet
1804
Other NEWS
3 Jul 2020