Gmail users on iOS are at risk of data interception

Apple users accessing Gmail on mobile devices could be at risk of having their data intercepted, a mobile security company said Thursday. 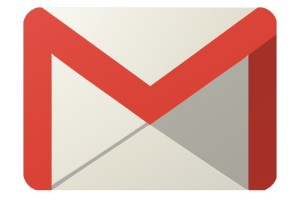 The reason is Google has not yet implemented a security technology that would prevent attackers from viewing and modifying encrypted communications exchanged with the Web giant, wrote Avi Bashan, chief information security officer for Lacoon Mobile Security, based in Israel and the U.S.

Websites use digital certificates to encrypt data traffic using the SSL/TLS (Secure Sockets Layer/Transport Layer Security) protocols. But in some instances, those certificates can be spoofed by attackers, allowing them to observe and decrypt the traffic. That threat can be eliminated through certificate “pinning,” which involves hard coding the details for the legitimate digital certificate into an application.

Unlike for Android, Google doesn’t do this for iOS, which means an attacker could execute a man-in-the-middle attack and read encrypted communications, Bashan wrote. Google acknowledged the problem after being notified by Lacoon on Feb. 24, but the problem has not been fixed, he wrote.

Google officials did not have an immediate comment. It isn’t clear why certificate pinning isn’t used by Google on iOS. But three years ago, a Google security engineer that works on such security issues described a scenario where the handling of digital certificates becomes complicated.

Those certificates have the authority to override “pins” that have been set to check for a specific certificate, he wrote. Lacoon described an attack scenario that involved tricking a user into installing an iOS device management configuration file that contains a malicious root digital certificate. That would validate a spoofed certificate, allowing the person to navigate to a fraudulent Gmail site.

“We were quite surprised by this finding because Google had implemented certificate pinning for their Android Gmail app,” Bashan wrote. “Clearly, not implementing this for iOS was an oversight by Google.”