Flaw in Google's Dropcam sees it turned into Spycam 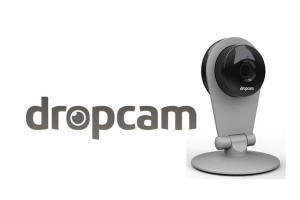 The wide-ranging attacks were tempered by the need for attackers to have physical access to the devices but the exploits offer the chance to inject video frames into cameras - handy for home robberies - intercept video, and exploit the Heartbleed vulnerability to pull passwords and SSL server's private key.

Dropcam makes a video monitoring platform and was last month snapped up by Google's Nest Labs for $US555 million.

Wardle (@patrickwardle) and Moore (@colbymoore) of security firm Synack, California, reverse-engineered Dropcam hardware and software and discovered vulnerabilities that could allow malware to be implanted on the devices which would attack home or corporate networks.

"If someone has physical access, it's pretty much game over," Wardle told DarkReading. "The camera is vulnerable to client-side Heartbleed attacks. You could spoof the Dropcam DNS server, and the camera would beacon out."

They would recount their reverse-engineering effors which lead to the "full compromise of a DropCam" that with physical access and "some creative hardware and software hacks" would allow any malware to be persistently installed on the devices. The duo would also reveal how to infect Windows or Mac OS X boxes that were used to configure hacked Dropcams.

Wardle said the cameras should be subject to the same security checks as regular computers given their capabilities and vulnerabilities.

Dropcam was found to be running Heartbleed-vulnerable versions of OpenSSL and the Unix utility suite BusyBox. The duo will describe how Dropcam could morph into an attack point within a users' network during a talk Optical surgery; Implanting a Dropcam at the upcoming DEF CON 22 conference in Las Vegas next month.