Russia is to crack the Tor anonymity network out of high reward. 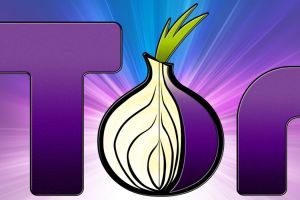 The anonymous network hides the user's location and identity, let them through computers on the network to upload a lot of data, and the program is encrypted.

Russia's Interior Ministry made this reward decision and said it was to 'ensure the country's defense and security.' This award rule only applies to the Russian people; the program submission deadline is August 13. Applicants need to pay 19.5 million rubles (about 34,000 yuan), to participate in competitions.

After the incident Snowdon, Russian Tor anonymity network into the spotlight, Snowden revealed documents show that the U.S. National Security Agency and British intelligence agencies are trying to break the anonymity network. According to reports, Russia currently using Tor anonymous the number of users of the network to reach 21 million people, ranking fifth in the world.

This anonymous network was first established by the U.S. Naval Research Laboratory, the use of those who do not wish to disclose the identity of Internet users. Anonymous network that is often used by reporters, judges, but also sometimes it is used for drug dealing and selling against children photos.

The 2013 financial report showed an anonymous network, confirmed that the Pentagon is still its biggest supporters last year by the U.S. Department of Defense for an independent research institute inject U.S. $ 830,000, plus $ 1 million from other parts of the United States Government.

The news that hackers can identify Tor users with 3000 USD was published 2 weeks ago.

OUR POINT
It would be nice to see if someone can actually  crack this private anonymizer service. Tor has its power and well -known as one of the best places to hide your identity online.  Russian may want to test this network to prove how risky this can be to use it. Maybe, after that,  they going to offer their own solution, which will be based on the Russian soil.  How you think, can this system be compromised?
Tags:
Russia Tor surveillance
Source:
Newshome
1825
Other NEWS
3 Jul 2020