Forensic scientist and author Jonathan Zdziarski has demonstrated a number of undocumented high-value forensic services running on every iOS device and suspicious design omissions in iOS that make collection easier. 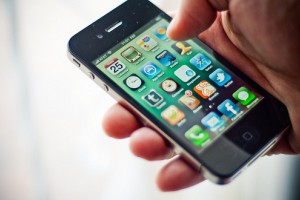 He also provided examples of forensic artifacts acquired that should never come off the device without user consent.

At the Hackers On Planet Earth conference in New York, Zdziarski revealed a slide, called ‘Identifying Backdoors, Attack Points, and Surveillance Mechanisms in iOS Devices.’ Worked as dev-team member on many of the early jailbreaks until around iOS 4, Zdziarski is better known as the hacker "NerveGas" in the iPhone development community. He was inpired to go deeper into iOS security after Der Spiegel reported that the NSA was targeting iOS gadgets and the systems they are paired with.

“The documents state that it is possible for the NSA to tap most sensitive data held on these smartphones, including contact lists, SMS traffic, notes and location information about where a user has been. In the internal documents, experts boast about successful access to iPhone data in instances where the NSA is able to infiltrate the computer a person uses to sync their iPhone. Mini-programmes, so-called "scripts," then enable additional access to at least 38 iPhone features.”

Zdziarski, in his document, said Apple has worked hard to make iOS devices “reasonably secure” against typical attackers, and iPhone 5 and iOS 7 is more secure from everybody except Apple (and .gov). However, he points that Apple has "worked hard to ensure that it can access data on end-user devices on behalf of law enforcement" and links to Apple's Law Enforcement Process Guidelines.

“Your device is almost always at risk of spilling all data, since it’s almost always authenticated, even while locked,” he said. This is made possible by undocumented services running on every iOS device, according to the presentation.

Undocumented iOS services revealed by Zdziarski can bypasses “backup encryption” mechanism provided to users and can be accessed both via USB and wirelessly (WiFi, maybe cellular). If device has not been rebooted since user last entered PIN, can access all data encrypted with data-protection (third party app data, etc), he noted.

Interestingly, the Fingerprint Reader doesn’t add any additional encryption beyond basic PIN, according to the presentation. “Has shown to be spoofed with the right equipment and allows GUI access, therefore allowing pairing, therefore allowing forensic dumps. “Oh, and... there’s a bypass switch for pairing anyway,” Zdziarski added.

Besides demonstrating these undocumented iOS services, Zdziarski has set some questions for Apple:  Why is there a packet sniffer running on 600 million personal iOS devices instead of moved to the developer mount? Why are there undocumented services that bypass user backup encryption that dump mass amounts of personal data from the phone? Why is most of my user data still not encrypted with the PIN or passphrase, enabling the invasion of my personal privacy by YOU? Why is there still no mechanism to review the devices my iPhone is paired with, so I can delete ones that don’t belong?

According to Zdziarski Apple ignored his questions.