Electronic DNA is not a fantasy, but the near future

According to The Guardian, every year the information security standards increase their quality. 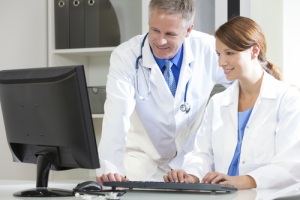 In order to identify the user such patterns as speed of typing, the manner of movement of the cursor and how the user holds a phone can be used.

Researches from University of Oxford suppose that habits and manners of people‘s behavior will be applied for secure login on personal computer and mobile devices.

Peculiarities of human behavior such as typing speed, the manner of movement of the cursor and how the user holds a phone can be used to user‘s authentication. Scientists called it “electronic DNA”(eDNA) or electronically Defined Natural Attributes. The head of the Oxford BioChronometrics Company Adrian Neal claims that eDNA allows to see a great amount of information about the user.

Electronically Defined Natural Attributes can be compared with real one, because it is very difficult to fake. He also noted that the jump in the collection of users` data can be compared with the replacement from simple fingerprint identification to modern one – using DNA.

It should be noted that thanks to eDNA it is easy to find out whether somebody has been taking drugs or alcohol. However, Neal said that if experts did it, then it would be a direct interference in person's privacy, which is illegal. He explains that scientists want to get the most accurate information about the user that can determine that x is who x says they are.

OUR POINT
Who knows how in the near future we will authorize to a secure website to check our mail for example?  Since everyone having the unique patterns of DNA, this might be the ultimate solution to protect our data and secret information. Google and other companies also experimenting to try out to replace the old fashion passwords with something new. SafeUM offers additional security login features like QR code authorization or PIN.
Tags:
trends
Source:
SafeUM
1805
Other NEWS
3 Jul 2020