Google’s handling of “right to be forgotten” requests from European citizens will come under fire from the continent’s privacy watchdogs on Thursday, after the search engine restricted the removal of Internet links to European sites only. 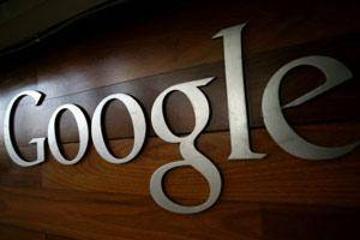 European data protection authorities are meeting representatives of Google, Microsoft, which operates the Bing search engine, and Yahoo to discuss the implementation of the landmark ruling from Europe’s top court upholding people’s right to request that outdated links be removed from Internet search results.

European Union privacy watchdogs have several concerns on the way the ruling, which has pitted privacy advocates against free speech defenders, is being implemented, particularly by Google, according to a person familiar with the matter.

Regulators can take Google to court if it refuses to meet their demands, as happened in Spain where the “right to be forgotten” ruling originated.

Under particular scrutiny is Google’s decision to only remove results from its European search engines, such as google.co.uk, meaning anyone can easily access the hidden information by switching to the widely used google.com. Experts have said this effectively defeats the purpose of the ruling, which gives people the right to ask search engines to stop links to information deemed “inadequate, irrelevant or no longer relevant, or excessive” from appearing in searches for their name.

“Google has claimed that the decision is restricted to localised versions of Google,” said Ashley Hurst, a partner at Olswang, a law firm. “There appears to be no basis for that claim at all.” Google declined to comment ahead of Thursday’s meeting.

Another issue likely to be raised by the EU watchdogs is Google’s decision to notify the owners of the websites that have been removed from search results.

This sparked controversy three weeks ago when Europe’s most popular search engine removed links to an article by a well-known BBC journalist about an ex-Wall Street banker and several links to stories in Britain’s Guardian newspaper.

The authors of the stories promptly wrote about the removal, thereby drawing attention to the issue and feeding speculation about who requested the removal. Google eventually reinstated a few links to the Guardian articles.

EU privacy watchdogs are concerned about the effect the notification process could have on people making the requests, according to a person familiar with the matter. Google already notifies the owners of websites that are removed from search results due to copyright infringements.

Privacy advocates and legal experts said the backlash over the newspaper articles showed the difficulty of implementing the privacy ruling given the broad criteria laid down by the court for information that is inadequate or irrelevant.

“We are likely to see complainants dressing up libel complaints as data protection complaints as it is easier to prove that data is inaccurate than it is to prove that it is libelous,” Hurst said. “This will lead to some difficult decisions for Google.”

California-based Google faces a number of privacy headaches in Europe, where rules protecting people’s personal data are much stricter than in the United States.

While the EU has been discussing a major overhaul of its pre-Internet era data protection laws for over two years, the debate heated up last year after revelations that the United States had been conducting mass surveillance programs involving European citizens and some heads of state. U.S. web companies, including Google, Microsoft, and Facebook, came under increased scrutiny over their handling of swathes of personal data in Europe.

In a sign of the importance Google is attaching to the privacy debate in Europe, it has recruited a panel of high profile academics, policymakers and civil society experts to advise it on how to implement the ruling as it ploughs through the over 70,000 requests it has received so far.

Separately, a group consisting of representatives from the EU’s 28 data protection regulators are developing guidelines to help them deal with complaints against Google in a coherent manner, given the differences in national data protection legislation. Thursday’s meeting will feed into that process.

Complaints from people whose requests have been refused by Google have begun to trickle in. The British privacy regulator had received 23 complaints by Tuesday afternoon, a spokesman said, while complaints to the French and Italian authorities were still in single figures.