A Chinese official said Thursday that Canada should withdraw its accusation that China was behind the hacking of Canada's top technology development organization. 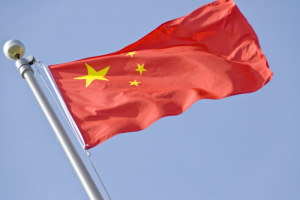 "It is irresponsible for the Canadian side to make groundless accusations against China when there is no credible evidence," Foreign Ministry spokesman Qin Gang said. "We are strongly opposed to that."

Canada's Treasury Board said on Tuesday that a "highly sophisticated Chinese state-sponsored actor" hacked into the National Research Council, which partners with private industry to bring new technologies to market.

The government said one of Canada's spy agencies detected the cyberattack and the council's computers were isolated as a precaution. The government wouldn't release more information for security and confidentiality reasons.

In May, the U.S. accused China of vast business spying and charged five military officials with hacking into U.S. companies to steal vital trade secrets.

China has consistently denied carrying out such activities and said it too has been victimized by cyberattacks.

"The Chinese government consistently opposes criminal activities of all forms aimed at sabotaging the Internet and computer networks, and has been firmly cracking down on such activities," Qin said in the statement.

OUR POINT
The chinese hackers groups are famous around the world. Only the transparent investigation  process could reveal, who compromised the Canadia technological organization. Maybe, the intent was to still some private data or installing bots, who will do the tracking. Anyhow, without clear evidence there is no accusations.
Tags:
China data protection
Source:
ABC News
1812
Other NEWS
3 Jul 2020