Little anonymous or who finances Tor?

For a long time many people use Tor for information security. The Department of State expenses were increased in 2,5 times, and the government of the USA invests  more than 47% money in the Tor network now. 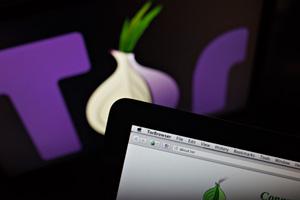 The Tor Corporation has published the financial report for 2013 that on the Tor project which gives users the chance to remain anonymous, more 47% budgetary funds of the USA were spent.

In 2012 Tor Project received from the government $1,24 million, and in 2013 – $1,82 million, from them $882,3 were allocated by the Department of State, the Ministry of Defence of the USA donated $830,3 thousand, the National Science Foundation handed over $100,3 thousand and $10 were given by the Agency for International Development (USAID).

The Tor network works in such a way: it carries out the confused way from an Internet resource to the computer of the user. Meanwhile information passes through some repeaters, but on each of them there is only an address of the previous and subsequent knots. Any of repeaters doesn't possess full information about the route. In that case malefactors can't watch data transmission.

In 1990 the USA Army Research Laboratory of Naval Forces created business firm which was engaged in development of technologies for protection of governmental communication. In 2005 the U.S. Government invested a huge number of money in order that such technology became available for everyone. And in 2006 the company became noncommercial establishment.

Representatives of the Government reported that they want to develop the Tor Project in future; after all it will help Internet users of such countries as Syria or Iran to express their opinion on policy, without being afraid of it.

At the basis of the Tails operating system which was advised by Edward Snowden for confidential work, Tor is used.

Ministry of the Interior of the Russian Federation has declared that the one who hack the anonymous Tor network and open information on its users will win a prize in 3,9 million rubles.

OUR POINT
Tor claims itself as one of the safest and most anonymous network available today. What people love, that anyone who, concerns about privacy can use it and feel "protected". The several questions might popup in your head, when you think it through.  Why American government, who loves spying on people, suddenly increase funding to this project? Trust to be told, don't look like a reasonable investment.  Maybe, the whole story with Tor is  just another secret government  move to reveal dark secrets of people's private life.
Tags:
Tor surveillance USA
Source:
SafeUM
2201
Other NEWS
3 Jul 2020