Facebook went down briefly in the US Friday morning, but it faces a more lingering snafu in Europe. 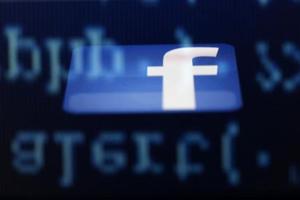 An Austrian man is fronting a class action lawsuit against Facebook for violations of European privacy laws. Law student Max Schrems announced today that he is suing Facebook subsidiary Facebook Ireland in a commercial court in Vienna, Austria.

“We see that Facebook is violating EU privacy laws for a very long time and wanted to take action. The problems start with a privacy policy that no one understands, [which is] invalid under EU law, up to the NSA spying scandal,” the group said on in a statement to the Monitor. Since Facebook Ireland is headquartered in Dublin, the company falls under the European Union’s jurisdiction.

Schrems has a long history of campaigning for online privacy in Europe. He became aware of Facebook's privacy issues during a semester abroad at Santa Clara University, when Facebook privacy lawyer Ed Palmieri visited a class he was taking. During the visit, Mr. Palmieri's lack of knowledge about European privacy laws was shocking, Schrems said in an interview with Forbes. Soon after, he created the group Europe v. Facebook, which has since brought separate complaints against Facebook, Microsoft, and Google.

The European Court of Justice, the highest court in Europe, is currently considering the final complaint about the legality of the National Security Administrations' use of the mass collection of electronic surveillance data known as the PRISM program. According to the group, the complaint will be decided within the next two years. This is the same court that ruled Google must remove unwanted information about people from its search engine, better known as the "right to be forgotten."

Schrems has been such a problem for Facebook that  in 2012, the company sent its European director of policy Richard Allan and an unidentified California-based executive to meet with him for a six-hour discussion regarding privacy laws in the EU, according to Forbes.

The current class-action suit is available to Facebook users outside the US and Canada. Those looking to join can register at FBClaim.com using Facebook login information. If the case goes the way of the plaintiff, an award of 500 euros, about $670, would be awarded per user.

“We love to complain constantly about data protection problems in Europe, now its also time for us to enforce our fundamental rights,” Schrems said in a press release. “Within the framework of this class action individuals can also make a contribution to this effort.”

OUR POINT
End user licence, when registering to the service could have flaws inside. Since, due to the government regulations it can change several times per year, it might confuse users and open a privacy violation case as we see with Facebook. Knowing and understanding your rights is vital and can protect your online identity.
Tags:
data protection Facebook USA
Source:
Anchorage Daily News
1747
Other NEWS
3 Jul 2020