Malware is now officially in the arsenal of 30 police departments

The governments of 30 countries scattered around the globe have voted to allow their municipal police departments to use malware in their arsenals of crime fighting tools, computer security experts said at this week’s hacker conference. 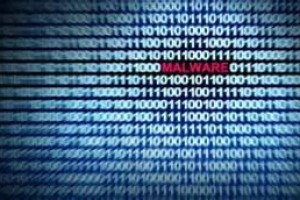 The U.S. and Germany, with court-sanctioned green lights, have been using malware for years in investigations. Now many countries in Europe, Scandinavia in particular, and Asia are using malware alongside guns, ballistic vests, surveillance operations, and drones.

This raises all sorts of pertinent questions about civil liberties, security researcher Adam Kujawa of Malwarebytes said. And the practice is ripe for abusing by unscrupulous cops and investigators in their zeal to makes cases. This raises the specter that malware-surfaced information will increasingly be used in court cases as evidence, however questionable.

For Hyponnen, the issue is a worrisome one and invites myriad questions about civil liberties and the blatant potential for abuse of power.

“Finland passed a law allowing police to infect peoples computer’s with malware. If tools like these are being used, we need to have a conversation about it,” Hypponen, a security researcher at F-Secure, said.

Kujawa of Malwarebytes said the use of malware in criminal investigations is unavoidable. In fact, more than 2 billion people are using the Internet, and invariably, some of them are caught up in criminal enterprises.

“It makes sense. A lot of what you’re dealing with these days has a cyber connection, like email. Having controlled spyware would be beneficial to what law enforcement can do” in investigations, Kujawa said.

But Kujawa said the potential for abuse needs to be kept in check by authorities. Otherwise, you’re going to see cases tossed because of unsavory cops doing things they’re not supposed to do in criminal cases. Or innocent people wrongly locked up.

Hypponen said there’s already cases where cops have been called out.

“Demand transparency. If you’re investigated, they [police] have to tell you. If you’re innocent, they have to say they’re sorry,” he said.

OUR POINT
Apparently we do not know how to track the criminal and what methods will bring a positive results. Reading emails or spying on Facebook page on a suspect requires tools like malware or spy programs.   They can do the job and police departments around the globe been using these methods for quite a while. It is important not to be over-diligent in tracking down the bad guys.
Tags:
surveillance
Source:
VentureBeat
1840
Other NEWS
3 Jul 2020