More than 175 million customer records of personal and financial information were compromised between April and June due to 237 data breaches, bringing the total number of records stolen for the first half of this year to 375 million, a new report has said. 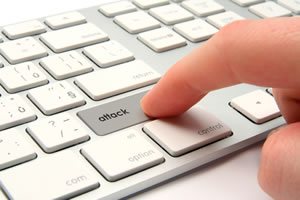 The report released by the SafeNet, Inc., a global leader in data protection solutions, said more than 375 million customer records were stolen or lost as a result of 559 breaches worldwide in the first half of this year.

"Even amidst continued warnings about data security, the breach epidemic is trending in the wrong direction. 2014 has proven to be more of the same, with 375 million customer records stolen in the first six months alone," said Sebastien Pavie, Regional Sales Director Middle East and Africa, SafeNet.

The retail industry had more data records compromised than any other industry during the second quarter, with more than 145 million records stolen or lost, or 83 per cent of all data records breached.

Less than one percent of all 237 breaches during the second quarter were secure breaches where strong encryption or authentication solutions protected the data from being used.

"While it's not surprising that sophisticated cyber criminals are gaining access to critical data stores, what is surprising is that only one per cent of breached records had been encrypted. The benefits of encryption have been known for some time, but companies just aren't doing it," he said.