Apple started negotiations with the medical companies for HealthKit

In anticipation of the launch of the new operating system iOS 8, ​​the company Apple started negotiations with working in health organizations about the deployment of the service HealthKit. 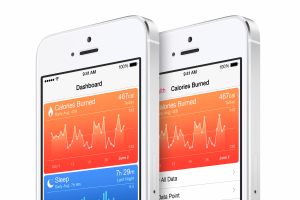 Platform HealthKit, presented at the developer conference WWDC 2014 will allow to gather in one place from a variety of sources of data on the user’s vital signs, including pulse, blood pressure, cholesterol and sugar, the amount of steps you’ve walked and calories burned, and make recommendations to maintain your health and even notify the attending physician in the case of the emergence of anxiety symptoms.

Service HealthKit, as the application Health, integrated into iOS, 8, which will be released this fall. The talks about the features of the service are carried out with the Cleveland Clinic, Johns Hopkins Hospital, as well as company Allscripts, competitor Epic Systems, which designs systems for maintaining medical records in electronic form.

Previously, Apple reported on joint work in this direction with Nike Inc, Epic, and one of the largest medical centers in the world the Mayo Clinic (Mayo Clinic). As reported, the Mayo Clinic conducted test trials HealthKit, signaling on the basis of the data on anxiety symptoms, followed by the provision of information and advice on the treatment of the patient.

According to an insider, about a dozen major systems related to health and use the software Epic, will soon be able to integrate data about health and physical activity of users, derived from HealthKit, in your personal medical record called MyChart.

It should be noted that the manufacturer of iPad and iPhone will have to spend a lot of time and effort to ensure that his plans were approved by the regulatory bodies in the USA.