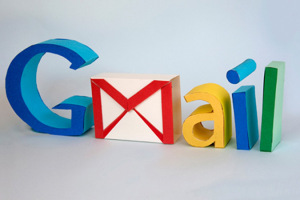 According to the researches of the Chinese security software company, called Trend Micro, hackers have launched a campaign, which gives itself as Google‘s support service and is directed against users of Gmail service.

Hackers work in such a way: the victim gets email allegedly from Gmail Account Services in which the owner of an account is informed on the unknown user authorization in his account with the help of unrecognizable device.

The expert of the Trend Micro Company Jay Yaneza noted that the email can really be confused with the original notice of Gmail; however the knowing and attentive user will be able to find some differences.

It should be noted that all links in the notice, such as: "The help center", "To change the password" and others conduct on the HTML-file which is placed on Google Drive. The malicious code isn't in this document, but the file accumulates data on what operating system and the web observer the victim uses.

After obtaining information, the visitor will be redirected on the web site where he will be asked to update a plug-in. Windows users can be hacked easily. If the victim uses Windows, hackers will try to infect the system with the Trojan application.

Hackers are interested in everything about you: whom you are chatting with, whom you call and even your Banking account! Recently, the most reliable Swiss banks were attacked by hackers.

OUR POINT
Gmail is very popular email client and holds it is record as number one for a long time. Google launched https for all its products  to increase the protection level and encrypt all the traffic. We already heard about Gmail flaws  and this signal brings another concern. To be more protected, against  these small incidents, you have to pay attention to your data and have a security suite installed on your computer.
Tags:
hackers information leaks Gmail
Source:
SafeUM
2349
Other NEWS
3 Jul 2020