A team of researchers from the University of California, San Diego, the University of Michigan, and Johns Hopkins University have discovered several security vulnerabilities in full-body backscatter X-ray scanners deployed to U.S. airports between 2009 and 2013. 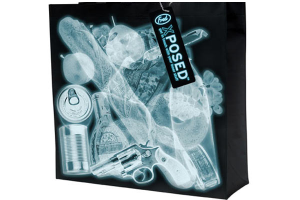 In laboratory tests, the team was able to successfully conceal firearms and plastic explosive simulants from the Rapiscan Secure 1000 scanner. The team was also able to modify the scanner operating software so it presents an “all-clear” image to the operator even when contraband was detected.

“Frankly, we were shocked by what we found,” said J. Alex Halderman, a professor of computer science at the University of Michigan. “A clever attacker can smuggle contraband past the machines using surprisingly low-tech techniques.”

Professor Hovav Shacham (on the photo) stands in front of the backscatter x-ray scanner as you would during a security check. Photos by Erik Jepsen/UC San Diego Publications

The researchers attribute these shortcomings to the process by which the machines were designed and evaluated before their introduction at airports. “The system’s designers seem to have assumed that attackers would not have access to a Secure 1000 to test and refine their attacks,” said Hovav Shacham, a professor of computer science at UC San Diego However, the researchers were able to purchase a government-surplus machine found on eBay and subject it to laboratory testing.

Many physical security systems that protect critical infrastructure are evaluated in secret, without input from the public or independent experts, the researchers said. In the case of the Secure 1000, that secrecy did not produce a system that can resist attackers who study and adapt to new security measures. “Secret testing should be replaced or augmented by rigorous, public, independent testing of the sort common in computer security,” said Shacham.

Secure 1000 scanners were removed from airports in 2013 due to privacy concerns, and are now being repurposed to jails, courthouses, and other government facilities. The researchers have suggested changes to screening procedures that can reduce, but not eliminate, the scanners’ blind spots. However, “any screening process that uses these machines has to take into account their limitations,” said Shacham.

The researchers shared their findings with the Department of Homeland Security and Rapiscan, the scanner’s manufacturer, in May. The team will present their findings publicly at the USENIX Security conference, Thursday Aug. 21, in San Diego. Details of the results will be available at radsec.org on Aug. 20.

OUR POINT
Security is a crucial matter, when we talk about air transportation. There are hundreds of aircrafts up in the air and maintaining and securing them is a top priority. All scanners at the airport do one thing, they protecting from people, who willing wants to hijack or do any harm to the passengers. This cracks in the system could jeopardies the personal and overall airport security. Hopefully, many airports already know about those issues and started to fix them to keep us safe in the air. 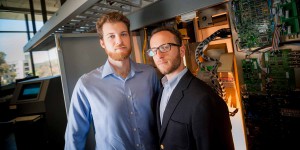 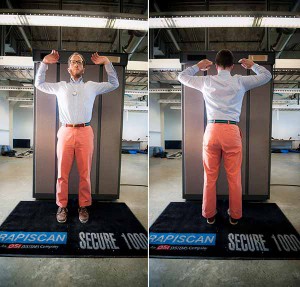