China plans to launch own OS to compete with Microsoft, Google, and Apple

China is looking to launch its own operating system, an initiative that the government reportedly hopes will make its information systems more secure. 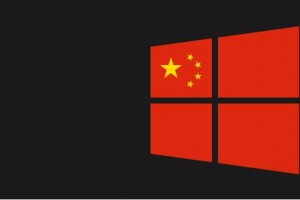 Ni Guangnan, of the Chinese Academy of Engineering, the country's state-run engineering arm, says the new Chinese operating system could be launched as early as October.

Details regarding the underpinnings of the operating system have yet to be revealed, but the move was reportedly spurred by the end of support of Windows XP and the ban on Windows 8 in China. The government also launched an anti-monopoly probe against Microsoft earlier this year. This isn't the first major push from China to shake off ties to Western operating systems in favor of a locally developed operating system that might be more easily secured in the face of the ongoing international Internet intelligence skirmishes.

Over a decade ago, China launched an effort to develop Kylin, a FreeBSD-based operating system. And just last year, Ubuntu Kylin was announced, an operating system developed as a possible successor to the original Kylin.

And back in 2003, a consortium of Asian nations, including China, Japan and South Korea, announced an effort to develop an Asia-centric operating system based on Lunix. That project, which eventually came to include Vietnam, Thailand and Sri Lanka, was dubbed Asianux.

Additionally, as recent as 2012, another Asian concern, India's Defense Research and Development Organization (DRDO), announced that it was developing the India Operating System. "To secure our cyber network, our own OS for computers is highly essential", DRDO director-general V K Saraswat told.

The afore-mentioned projects are either languishing in various stages of low popularity, shelved or still gestating. But the trend in the last decade is clear: Asia wants to control its own operating system destiny.

In the wake of recent of revelations brought to light by former NSA contractor Edward Snowden, international interest in developing more secure operating systems, created under the watchful eyes of local governments, has become an even more serious issue.

Whether this latest Chinese effort will truly result in erasing Western operating systems from the country remains to be seen. According to recent reports, roughly 70% of desktop users in China are still using Windows XP.

What was unclear in the Xinhua report is whether this new operating system will be limited to Chinese users, or be offered internationally. Based on the comments from Ni, it seems, at least in the short-term, the former is more likely.

"Our key to success lies in an environment that can help us compete with Google, Apple and Microsoft," Ni told. The operating system will first be rolled out on desktop computers and later on mobile devices.

OUR POINT
After all the secretly revealed information on spying on every country, Chinese have decided to depend on their OS. They wanted to base it on Ubuntu and promised to deliver it by the end of this year. From one hand, they want to be competitive to Microsoft and other vendors, but the trust is they want to be protected from espionage. The final OS, which will be "made in China," might have a huge demand on the local market.
Tags:
Google Apple China Microsoft trends
Source:
Mashable
2054
Other NEWS
3 Jul 2020