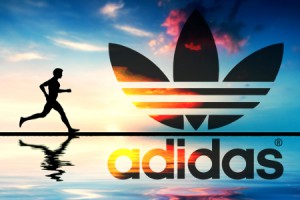 The German national soccer team wore this form last championship. Similar RFID tags were noticed on retail goods and human rights activists were very disturbed by it. They declare that these tags can afford to trace a person‘s location.

Adidas used these chips on the FIFA World Cup 2014. The essence of tags‘ work is the following: they give the chance to find the object and to collect the whole necessary information on it. Consumer Rights Defenders claim that by means of these clothes it is possible to watch its owners.

Nevertheless the company claims that chips helped to adjust the system of deliveries only. Thus they refused to explain or disprove any data on chips‘ abilities, and also refused to comment whether they really watch users.

The known public organization, called Digital Courage that supports information security condemned the actions of the most famous producer and called them illegal. Nobody warned buyers about this option in their clothes and that is the problem as well.

Tilo Vaykhert, the authorized on data security of Germany specified that consumers should explain that their clothes has a RFID tag.

The similar situation occurred in Disneyland, the world famous place of entertainments. The bracelets, called Magic Bands, which were supplied with radar chips, were given in the park. This technological jewelry could be used as passing tickets, keys from hotel rooms; they even could be used instead of a credit card.

Magic Bands transmitted data at low frequencies with the help of special technology. The company assured that bracelets don't collect any information on the user, and isn’t harmful to their private life.