The FBI has issued a warning to police and other emergency response personnel about a lethal new tool which ‘malicious actors’ have been using to deadly effect against American government institutions – Google dorks. 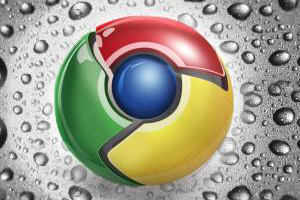 The warning refers specifically to ‘Google dorks’  or “Google dorking” – ie the use of specialized search syntax,  using terms such as “filetype:sql”.

‘Google dorks’ refers to search syntax which allow users to search within a specific website (using the term in:url) or for specific file types, and can thus be used to search databases. Such search terms are widely known, and legal – the warning alerts units who may not be aware of the technique to secure databases properly.

Google dorks: Weapon of the ‘malicious’?

“After searching for vulnerable software identifiers, the attackers compromised 35,000 websites and were able to create new administrator accounts. ”

The warning refers to several online resources commonly used to automate “Google dork” queries – and offers advice on the scope of such search terms.syntax.

The warning also offers a useful link to Google’s own testing centre for pre-empting such attacks, the Google Hacking Database. Webmasters can use this to check whether files are “visible” to Google dorks, then hide them if they wish.

The warning refers to “malicious cyber actors” and refers to a notorious case in which reporters were accused of “hacking” a website by using freely available information and an automated tool, GNUGet.

However, the warning is not really meant to highlight a “new” technique, i.e Google dorks, but to warn webmasters to make their websites more secure.

“This warning from the DHS and the FBI was mostly intended to give law enforcement and other organizations a sense of urgency to take a hard look at their own websites’ security,” Ars comments. “Local police departments have increasingly become the target of “hacktivists.” Recent examples include attacks on the Albuquerque Police Department’s network in March following the shooting of a homeless man and attacks on St. Louis County police networks in response to the recent events in Ferguson, Missouri.”