Facebook to fix flaw that can force iPhones to make calls

Facebook will soon be pushing out an update to its iOS Messenger app meant to patch a vulnerability that could allow attackers to place pricy calls from users' phones by simply making them click on a web link. 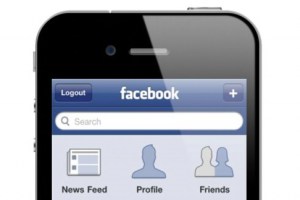 The flaw has been recently discovered by developer Andrei Neculaesei from Copenhagen, and can be triggered by using the tel URL scheme.

"The tel URL scheme is used to launch the Phone app on iOS devices and initiate dialing of the specified phone number," it is explained in an Apple document.

A native app can be configured to display its own alert, Neculaesei says, but unfortunately many developers have not. He checked some popular iOS apps out there - Facebook Messenger, Gmail, Google+ - and all three didn't make the necessary change and were vulnerable to the proof-of-concept attack devised by Neculaesei.

"A lot of people make fake assumptions such as links are only clicked by users," he noted, but he used javascript to make the link click itself, and a call is established right away without the user being asked about it.

He also tested Apple's Facetime app, that apparently has a URL scheme just like tel, and can be used by attackers to see the face, and possibly discover the location and the identity of the target.

Neculaesei says that there are likely many iOS apps out there that allow this type of attack, and that its developers should configure the alerts in question.

The issue was also flagged earlier this month by information security consultant Guillaume Ross in his talk at BSidesLV 2014.