To steal the encrypted keys has never been so easy

In order to steal the encrypted keys it is necessary to put a bracelet-digitizer on a hand and to touch to any part of system. 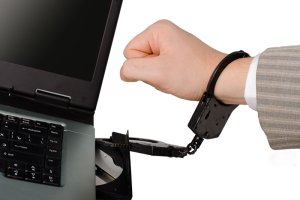 Israeli university experts know how to hack computers and steal data from it by touching. According to the researchers, a usual electric trick gives the chance for a skilled hacker to get access to million encrypted keys, having simply touched the corpus of the personal computer.

Receiving the encrypted keys can be used to create hundreds of digital signatures which users all the time use during generation of passwords, signing of contracts, and the most dangerous, at online-payments implementation. Scientists have reported that in order to steal the encrypted keys it is necessary to put a bracelet on a hand and to touch a part of system.

Bracelet-digitizer is able to define the slightest changes of electric potential, in a consequence of that it is capable to find even 4096-bit keys encrypted by means of RSA algorithm.

Sometimes it is even not necessary to touch the system with hands, because the interception of keys can be possible even from the connected network and through video cables.

Scientists explained that their attack is based on electric potential that varies definitely on many computers, and these fluctuations can be calculated. The hacker can count all signals, having touched the metal case of the computer with a simple wire or hands. Through Ethernet, VGA or USB cables hackers can also calculate signals remotely.

Here is the detailed report of the experts.