A Brazilian judge has called for Apple and Google to remove the anonymous social network Secret from their app stores and wipe it from phones on which it has already been installed across the country. 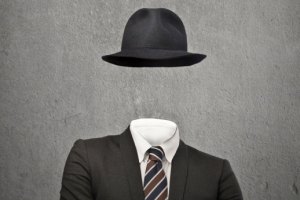 The San Francisco startup has come under fire from those charging that Secret and other anonymous apps too easily become sanctuaries for cyberbullying.

Last week, a San Diego man started a Change.org petition seeking to remove Secret from Apple and Android app stores, though the petition had little support. On Monday, an opinion piece in the New York Times argued that anonymous apps and Internet websites such as Secret often make women and minorities a target for attack. In Brazil on Tuesday, Judge Paulo Cesar de Carvalho of the Fifth Civil Court of Victoria issued the preliminary injunction calling for the removal of Secret from app stores within 10 days, according to Brazilian publications.

The injunction also called for Microsoft to remove Cryptic, a knock-off of Secret for Windows Phones, from its app store. The companies will face a fine of nearly $9,000, for each day the apps remain available. Public prosecutor Marcelo Zenkner has called for a ban on Secret and Cryptic, arguing that the country's Constitution does not permit anonymous freedom of expression, though that interpretation is debated.

Bullying has often besieged anonymous social networks and been hard to control. PostSecret, the confessional website, eventually killed its app in 2012 due to the difficulty of managing malicious comments. Formspring, which also featured anonymous messaging, grew at an incredible pace before eventually folding, in large part as a result of its crackdown on bullying.

Secret has taken measures from the beginning to guard against bullying, but they may not be strong enough.

Its community guidelines discourage bullying ("Don't bully or harass. While you may speak broadly on people, companies, and issues in the public eye, don't post any content that is abusive, threatening, defamatory, bullying, or harassing."). Recently, the prompt in the comment form changed from "say something interesting" to "say something kind." Its founders also wrote that it continues to work to improve safety measures on the app.

But it quickly gained a reputation as a place for salacious Silicon Valley gossip, among other things.

The Brazilian case mentions a marketing consultant who found nude photos published on the platform, accompanied by text that said he is HIV positive. Fortune put the app's antibullying measures to the test last week and found that they failed.