The creation of Next Generation Identification system took a lot of years and money, but now it can change the old automated fingerprint identification, which was used by FBI. 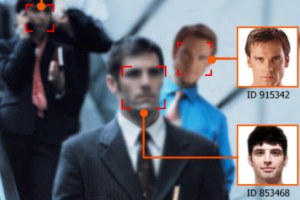 At the beginning the identification system was designed as multifactorial, because the data will be collected from different biometric indicators, and its functionality will be extended in future.

The NGI system will have more data, than any systems have had before. In addition to fingerprints, tattoos and scars photos, images of the iris, the identification system will contain the pictures of people, namely the person identification as a form of available information source on biometric identification. Soon it will be the foundation of the system.

Next year NGI database will contain data on 52 000 000 people – in addition to the photos of people, detained by the police, it will include photos and biometric data of people who work in areas with increased responsibility such as employees of banks.

Human rights activists are very concerned about the possibility of face recognition system. It turns out that absolutely any camera with high image quality can be used in order to collect data on all citizens, including those who have never had any problems with law. Also, due to the usual profile in social networks, intelligence agencies can get a lot of high quality pictures.

FBI confirms that the project corresponds to all standards of American data security law. However, there are so confidential secret information collection practices in many countries, including the United States, that even information about their existence is secret.

Only one thing might be said with the full confidence – the future described by known science fiction writers, in which the man is observed by means of new technologies is the norm nowadays. In this reality, the technology may be used both for peaceful purposes (for example to find dangerous offenders) and selfish ones.