Prosecutors of the USA indicted a Pakistani man for marketing a StealthGenie application that could be used to secretly spy on calls, texts, and other activity on smartphones. 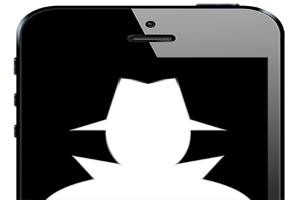 Charges leveled against 31-year-old Hammad Akbar, 31, of Lahore, Pakistan, were billed by the US Department of Justice as the first-ever criminal case centered on the advertisement and sale of an app tailored to spy on smartphones.

"Selling spyware is not just reprehensible, it's a crime," assistant attorney general Leslie Caldwell of the Justice Department criminal division said in a release. "Apps like StealthGenie are expressly designed for use by stalkers and domestic abusers who want to know every detail of a victim's personal life - all without the victim's knowledge."

Caldwell added that the Justice Department is "cracking down" on those intent on using technology designed for "brazen invasions" of people's privacy. Akbar is chief executive of InvoCode, a company that advertises and sells StealthGenie online, according to the indictment.

The application can intercept calls, pictures, texts or other communications between smartphones, and was marketed as being untraceable, prosecutors said. Akbar was arrested in Los Angeles on Saturday and charged in the indictment with charges involving conspiracy and selling "a known interception device," according to prosecutors.

A federal judge issued a restraining order authorizing the FBI to disable the StealthGenie website hosted at a data center in the state of Virginia. The StealthGenie application has little use beyond spying on smartphone use, according to US attorney Dana Boente of the Eastern District of Virginia.

"This application allegedly equips potential stalkers and criminals with a means to invade an individual's confidential communications," FBI assistant director-in-charge Andrew McCabe said in a release. "They do this not by breaking into their homes or offices, but by physically installing spyware on unwitting victim's phones and illegally tracking an individual's every move."

According to the indictment, StealthGenie capabilities include intercepting voice calls, monitoring conversations taking place near mobile phones, and monitoring email, text messages, photographs, videos and calendars. The product was reportedly marketed at people who suspected a spouse of cheating.