According to the research it was found that one in four installed applications is really safe and corresponds to all standards of data security. Gartner experts report that this situation will remain till at least 2015. 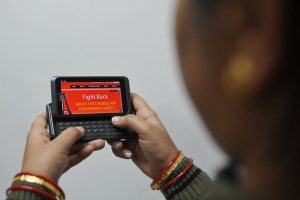 All companies should be on the alert, it is necessary to check the installed applications with special programs in order to avoid dangerous situations and data leaks.

According to Gartner, in 2014 users around the world have installed about 139 billion applications on their devices and in 2017 this number of applications will be increased in 130 billion. Dionisio Zumerle, Principal Research Analyst at Gartner says that companies, which practice the strategy: “Bring your own device” (BYOD), will have risks until they start using new methods for mobile applications testing.

The experts also explained that application developers are now more engaged in the functionality of apps, so that safety and protection goes by the wayside. In corporate system, the data is not protected from hackers, but even from the system itself. Experts predict that in future most of the security problems appear due to the incorrect work of applications.

As an example, experts took an application through which you can store information in the cloud services. Corporate data exactly may appear in this service and will lead to information leaks. In addition, cyber attacks will also be of great importance. The company expects hackers will attack gadgets more and more every year.

The data, received by Gartner, was confirmed by research firm Hewlett-Packard, which has a leading position among global personal computer vendors. HP experts reported that almost all mobile applications are vulnerable to hacking and do not contain the necessary protective functions against leakage.