DuckDuckGo is blocked in China

The search engine that protects your privacy by not tracking your searches has been blocked in China, according to a tweet posted by CEO and founder Gabriel Weinberg. 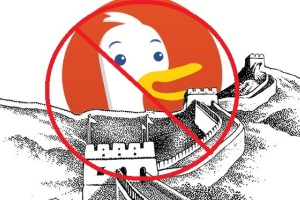 Saying that "we did get blocked as far as we know," Weinberg was responding to a question: "Did @DuckDuckGo get blocked in China at some point in last few weeks? I just set as default in iOS8 but it won't connect."

DuckDuckGo has garnered kudos among privacy advocates because it allows you to search for items on the Web anonymously. Unlike Google and other search engines, the site doesn't collect personal information, so it cannot share any data about you with law enforcement or other authorities. In addition to its core website, the company also offers mobile apps for iOS and Android users.

DuckDuckGo has seen its popularity grow over the past year. In 2013, the site picked up more than 1 billion searches, according to blog site Geektime. DuckDuckGo scored a major win when Apple announced that it would add the site as one of the default search options for Safari in iOS 8 and Mac OS X Yosemite. The GreatFire site, which reports on websites and services blocked in China, also shows DuckDuckGo as blocked in the country with an indication that the ban may have started September 3.

Weinberg said he learned of the block in China through online mentions but doesn't know why it happened. He didn't seem overly concerned about China's action, noting that the site doesn't get much traffic from the country. He added that he has no plans to reach out to anyone in China to pursue the matter further.

"DuckDuckGo is now available in iOS 8 and OS X Mavericks & Mountain Lion and all of our focus is on that," Weinberg said in the email.

DuckDuckGo joins search giant Google as the target of a Chinese blockade. In June of this year, China reportedly blocked several Google sites, including its search page, in a move believed to be tied to the 25th anniversary of the 1989 Tiananmen Square Massacre.

Search engines face unique challenges in trying to carve out business in China where the government demands that certain information be blocked from its citizens. Such companies must decide whether to comply with Chinese censorship by locally blocking the information themselves or run into difficulties with the Beijing government. 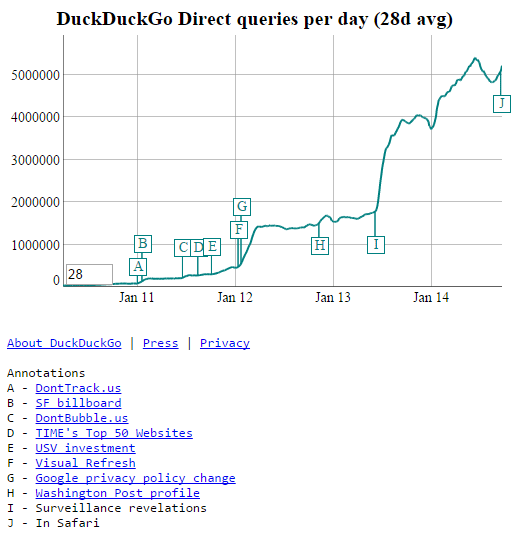