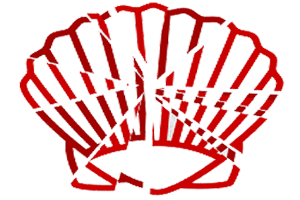 Polycom provides telepresence, video, voice and infrastructure solutions to 400,000 organizations worldwide. The company says some of its products are still under investigation, but so far it has identified a dozen solutions plagued by the Shellshock bug.

The ShellShock vulnerability can be exploited via four attack vectors: manipulating CGI calls to the targeted Web server, inserting malicious strings into target's SIP stack, logging in to the Bash shell via SSH, and connecting the victim's DHCP client to a malicious server.

Each of the affected Polycom products are affected by one or more of these attack vectors. Depending on the vector, organizations can take steps to protect themselves before a patch is released by the vendor.

For example, the Distributed Media Application is only vulnerable to attacks through SSH, which means that potential attacks can be mitigated by disabling SSH. For products that are susceptible to DHCP attacks, organizations are advised to disable the service and use static IP addresses. Some of the Polycom solutions listed in the advisory as being affected are only presumed vulnerable, but they haven't actually been tested.

As far as patches are concerned, Polycom expects to fix the bug in some of the products by the end of the year, but for many of the products the date is currently listed as "unknown."

Polycom audio and video endpoints are not affected. The list of "not vulnerable" products includes all versions of CMA, RealPresence Mobile and Desktop, Media Manager, HDX, the CX product line, and Capture Station.

The company advised its customers to keep an eye on the advisory to learn if their products are affected. Solutions that are not on "confirmed as vulnerable" or "not vulnerable" lists are still under investigation.

Polycom is not the only major tech company whose products are affected by the ShellShock bug. Over the past weeks, firms like IBM, Siemens, VMware, Cisco and Oracle published security advisories to warn their customers about the risks and inform them regarding the availability of patches or mitigations.