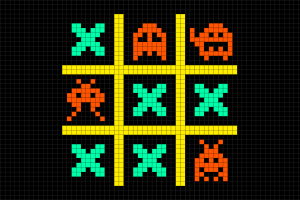 “We suppose that the trojan is being spread via unofficial application stores, forums or via SMS spam – [the] exact attack vector is still unknown,” Chebyshev said, going on to add, “There is still no information from our users and we don't see any attack attempts. We suppose that it's an APT attack against some individual person.”

Upon obtaining root access, the trojan will pilfer emails from Good for Enterprise if the application is installed, according to a Friday post, which adds that the Tic-tac-toe game code only accounts for less than 30 percent of the file's size, with the remainder being used for the data theft and spying.

Packaging trojans in mobile games is common – there are multiple cases of attackers doing so using the popular Angry Birds, Chebyshev said, explaining that people should install a security solution to remove the Gomal threat and remain protected.

“And, most dangerously, the principles upon which this technique is based can be used to steal data from applications other than Good for Enterprise – it is likely that a range of mobile malware designed to attack popular email clients, messengers and other programs will appear in the near future.”

UPDATE: In a statement sent to SCMagazine.com on Sunday, Good for Enterprise developer Good Technology said that the Tic-tac-toe app is a proof-of-concept app that Lacoon Mobile Security presented at Black Hat 2013, without the cooperation of Good Technology. Lacoon confirmed this in a Sunday email correspondence. Lacoon's demonstration was only effective in the face of Samsung Exynos memory access vulnerability CVE-2012-6422, which has since been patched, or if the device had been 'rooted,' the statement indicates. "The rooting of the device and granting of the necessary privileges can be detected by Good's root detection technology," according to the statement. "The default settings in Good Technology solutions have root detection enabled, and Good strongly recommends using this capability in its documentation. This attack is therefore ineffective in recommended deployments of Good's products." The statement indicates that the malware is not available in the wild and that the attack would apply to any mobile application.