Facebook wants assurances from the Drug Enforcement Administration that it's not operating any more fake profile pages as part of ongoing investigations. 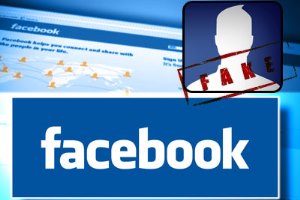 Those rules include a ban on lying about who you are. Sullivan's letter was in response to a New York woman's federal lawsuit claiming that a DEA agent created a fake online persona using her name and photographs stored on her cellphone. In court filings, Sondra Arquiett said her pictures were retrieved from her cellphone after she was arrested in July 2010 on drug charges and her cellphone seized. Arquiett said the fake page was being used by DEA agent Timothy Sinnigen to interact with "dangerous individuals he was investigating." Arquiett is asking for $250,000 in damages.

"Facebook has long made clear that law enforcement authorities are subject to these policies," Sullivan wrote. "We regard DEA's conduct to be a knowing and serious breach of Facebook's terms and policies." Facebook also wants the DEA to confirm that it has stopped using any other fake profile pages it may have created.

"The department has launched a review into the incident at issue in this case," Justice Department spokesman Brian Fallon said in response to a request for comment. "That review is ongoing, but to our knowledge, this is not a widespread practice among our federal law enforcement agencies."

The Justice Department initially defended the practice, arguing in an August court filing that while Arquiett didn't directly authorize Sinnigen to create the fake account, she "implicitly consented by granting access to the information stored in her cellphone and by consenting to the use of that information to aid in ... ongoing criminal investigations." Last week the agency announced it would review whether the Facebook guise went too far. The case was scheduled to go to trial this week, but court records show it has been sent to mediation