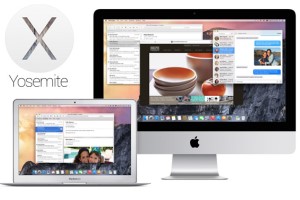 Not long after OS X 10.10 Yosemite was released, customers began expressing privacy concerns about the revamped version of Spotlight search that was included in the release.

The tool, which offers Google search suggestions, as well as its own Spotlight suggestions, raised the suspicion of users when Apple issued a warning on a support page notifying them that their web search queries and other related data was being sent back to Apple servers. Apple said the information would be used to improve Spotlight functionality as well as other Apple products and services and noted that users can opt out of Spotlight suggestions by making changes to their settings.

However, users still took to Twitter to complain the tool was an invasion of their privacy. "Why is Apple spying on my location," wondered a Twitter user by the name of Benjamin Mayo. Dozens of other users advised Mac owners on how to disable the feature. In response to the controversy, Apple issued a statement Monday to iMore that outlined the restrictions it said it places on data collection to protect its customers' privacy:

We are absolutely committed to protecting our users' privacy and have built privacy right into our products. For Spotlight Suggestions we minimize the amount of information sent to Apple. Apple doesn't retain IP addresses from users' devices. Spotlight blurs the location on the device so it never sends an exact location to Apple. Spotlight doesn't use a persistent identifier, so a user's search history can't be created by Apple or anyone else. Apple devices only use a temporary anonymous session ID for a 15-minute period before the ID is discarded.

We also worked closely with Microsoft to protect our users' privacy. Apple forwards only commonly searched terms and only city-level location information to Bing. Microsoft does not store search queries or receive users' IP addresses.

Apple's support page informs users who want to opt out of Spotlight Suggestions, Bing or Location Services for Spotlight to go to their Mac's System Preferences and deselect the corresponding checkboxes.

Unveiled at Apple's annual Worldwide Developers Conference in June, the revamped Spotlight tool aimed to challenge Google's mobile search dominance. Spotlight expanded from a feature used primarily to search a user's hard drive for photos, documents and other files to a broader web search tool for surfacing results such as movie showtimes, Wikipedia articles and local listings through Yelp.

The subject of user privacy is especially sensitive for Apple, which heralds itself as taking "a very different view" of privacy than its Silicon Valley brethren, which often make a business out of collecting and leveraging customer information. In an open letter last month, Apple CEO Tim Cook published a new privacy policy that explained how it handles its users' personal information and government requests for that information.

"We don't build a profile based on your email content or Web browsing habits to sell to advertisers. We don't 'monetize' the information you store on your iPhone or in iCloud. And we don't read your email or your messages to get information to market to you," Cook wrote in the letter, which was published on Apple's privacy page.