Chapman University looks at what Americans fear most

People are scared of a lot of things, with their biggest fears include walking alone at night, being the victim of identity theft and being a victim of a mass shooting,according to a new national survey. 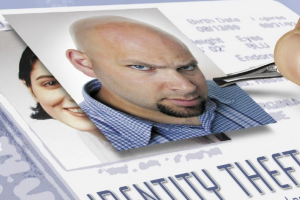 "The level of pessimism was astounding to us," said Christopher Bader, a sociology professor at Chapman University in California, and the lead researcher for the survey.

The survey asked 1,500 people nationwide about fears and concerns across different categories, including manmade fears (like a terrorist attack), the government, natural disasters and personal fears (like Internet safety and public speaking).

Among natural disasters, respondents were most afraid of a tornado or hurricane, followed closely by earthquakes and then floods. However, the survey also found most Americans have taken little action to prepare for these disasters.

Two predictors of high levels of fear across all categories is lower education and watching a lot of talk shows and true-crime shows, according to the report. In psychology, this cognitive phenomenon is known as the availability heuristic.

"People judge the likeliness of bad things happening not based on actual data ... but what's available to them, said Kenneth Abrams, an associate professor of psychology at Carleton College in Minnesota. He added, "The media over reports these negative events and it leads people to exaggerate."

Fear can be helpful, Abrams said. For example, people's fear of heights or angry dogs has an evolutionary basis. But it's when these fears cause so much distress that it affects someone's day-to-day life that they need clinical help, he said.

The Chapman University survey is the first of what will be an annual evaluation of what people fear. Sociologists have long observed cycles of fear -- from the fear of communism in the 1950s to the current fear of the Ebola virus, Bader said.