Another day, another Chinese hacking group gets publicly shamed. This time it's group dubbed Axiom, identified by a coalition of international cybersecurity firms. 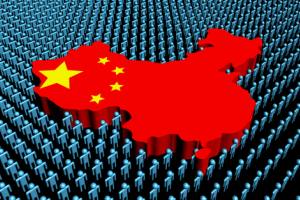 The Axiom group has hit at least 43,000 computers around the world, targeting pretty much all kinds of victims such as government and law enforcement agencies, human rights and environmental groups, Fortune 500 companies, software companies, and more, according to the researchers.

Novetta Solutions, the cybersecurity firm that leads the coalition, says the group has ties with the Chinese government, and is more sophisticated than the People's Liberation Army Unit 61398, the infamous hacking group accused of a slew of cyberattacks and unmasked in February of last year. Five Chinese military members, believed to be part of Unit 61398, were charged with hacking crimes in the U.S. in May.

Last week, the FBI warned U.S. industries of a new highly skilled group of hackers that was targeting companies and government agencies in a long-running cyberespionage campaign. Novetta says that's the same group of hackers, the Axiom group. "These state-sponsored hackers are exceedingly stealthy and agile by comparison with the People’s Liberation Army Unit 61398," the FBI wrote in its alert.

The FBI did not respond to request for comment. Novetta, along with its partners, which include Microsoft, FireEye, F-Secure, Cisco, Symantec and others, think the Axiom group is part of a larger Chinese hacking group, whose been active for 6 years, and it is also responsible for the 2010 high-profile attack on Google, known as Operation Aurora.

In that incident, hackers accessed Google's servers in China, stealing the company's source code and a database containing years of sensitive information related to U.S. surveillance requests to the search giant. China, for its part, denied all the accusations, as it usually does in these cases. "Judging from past experience, these kinds of reports or allegations are usually fictitious," a Chinese Embassy spokesperson told.

This new report comes just a few days before Secretary of State John Kerry and President Barack Obama visit Beijing to meet with Chinese officials to discuss various issues, including cybersecurity. Relations between the U.S. and China have strained over the last couple of years, especially in the realm of cybersecurity, thanks to the accusations involving Chinese hackers, but also the Edward Snowden revelations, which have uncovered a series of NSA surveillance and cyber operations, sometimes targeting China too.