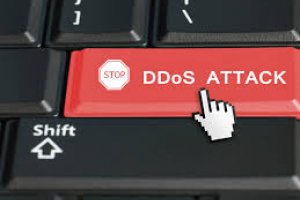 During the past quarter, Akamai defended against 17 DDoS attacks flooding targets with traffic greater than 100 Gbps, with the largest at 321 Gbps, the cloud services vendor said in its Q3 2014 State of the Internet report. A typical corporate connection to the Internet is between 1 to 10 Gbps, Summers said. "We've seen a remarkable increase in the number of very large attacks," he said. "If you do not have a way to defend [against a 100 Gbps attack], other than at the access into your infrastructure, you're going down, there's nothing you can do."

Defending against DDoS attacks in the cloud gives companies the ability to "fight and deflect these attacks with a distributed infrastructure," he added. "Instead of fighting one fire roaring at the edge of your datacentre, you're able to fight it with 1000 smaller fires, all scattered around the edges of the Internet."

One extended campaign targeting a gaming site featured 39 distinct DDoS attacks over a two-month period, with eight of the attacks peaking at over 100 Gbps, Summers said. The record-setting increases in DDoS attacks' size and volume were fuelled by the availability of attack toolkits with easy-to-use interfaces, a growing DDoS-for-hire criminal industry and a mass exploitation of Web vulnerabilities that allowed attackers to build huge botnets of compromised computers used to generate traffic, Akamai said. 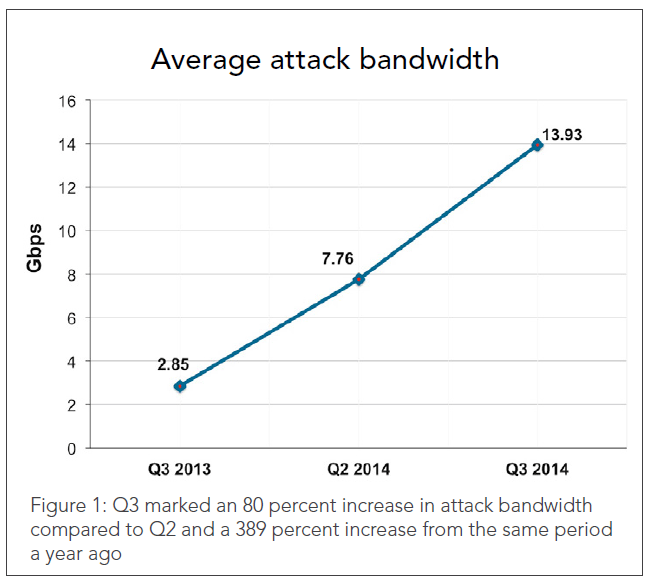 The company is also seeing botnet farmers targeting a wider range of devices beyond PCs and servers, Summers said. Akamai, in past quarters, had already seen smartphones used in botnets, but for the first time this past quarter, the company saw botnet attacks coming from devices using the ARM microprocessor, he said. The ARM chip is used in embedded devices, digital TVs, smartphones, gaming consoles and smart sensors, among other devices.

Many people aren't frequently updating the firmware or running malware protection on cable modems and smartphones, making those devices attractive to botnet farmers, Summers said. Akamai is worried about embedded and other devices becoming a "larger part of the attack landscape," Summers said. "People have built ways to crack into those devices, then install software that they ... can launch DDoS attacks from."

Compared to the second quarter, the total number of DDoS attacks Akamai measured was up only 2 percent, but the average attack bandwidth was up 80 pe rcent in the third quarter, with the average peak packets per second up 10 per cent. Online entertainment, media and technology companies were the most targeted in the third quarter, the company said. Nearly 24 per cent of DDoS attacks originated from the US, 20 per cent were from China and 18 per cent were from Brazil, Akamai said.