Tens of millions of servers were exposed to a security vulnerability called “Heartbleed” in OpenSSL, software used to encrypt much of the internet. While an emergency patch has been released, sites like Yahoo have raced to fortify security. 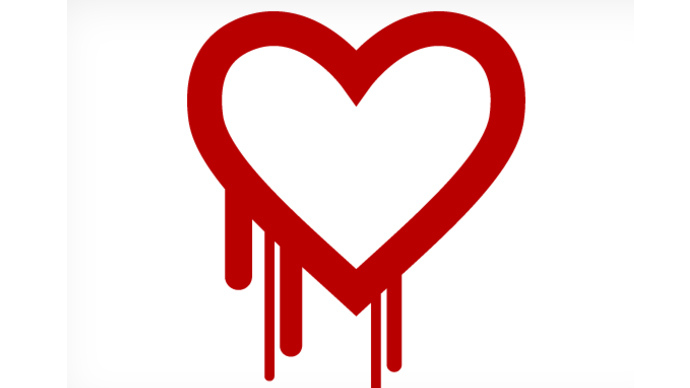 On Monday afternoon, the open-source OpenSSL project released an emergency security advisory warning of “Heartbleed,” a bug pulls in private keys to a server using vulnerable software, allowing operators to suck in data traffic and even impersonate the server.

Heartbleed “allows an attacker to pull 64k at random from a given server's working memory. It's a bit like fishing — attackers don't know what usable data will be in the haul — but since it can be performed over and over again, there's the potential for a lot of sensitive data to be exposed. The server's private encryption keys are a particular target, since they're necessarily kept in working memory and are easily identifiable among the data. That would allow attackers to eavesdrop on traffic to and from the service, and potentially decrypt any past traffic that had been stored in encrypted form.”

OpenSSL is used by around 66 percent of the web to encrypt data, according to LifeHacker. The software is used to protect usernames, passwords, and any sensitive information on secure websites. According to reports, sites need to install updated, non-compromised software to vanquish further exposure to the bug’s vulnerabilities. Tens of millions of servers were exposed to Heartbleed, according to Verge.

"It is catastrophically bad, just a hugely damaging bug," said International Computer Science Institute security researcher Nicholas Weaver. Yahoo may have been the largest entity whose sites were exposed to Heartbleed, which is actually two years old but is only now gaining the attention of the broader public after detection by Google researcher Neel Mehta. Yahoo said it has successfully updated its servers.

"Our team has successfully made the appropriate corrections across the main Yahoo properties (Yahoo Homepage, Yahoo Search, Yahoo Mail, Yahoo Finance, Yahoo Sports, Yahoo Food, Yahoo Tech, Flickr and Tumblr) and we are working to implement the fix across the rest of our sites right now,” Yahoo said in a statement.

As a result of Heartbleed, Yahoo reportedly leaked user information for most of the day. Any servers running OpenSSL on Apache or Nginx were also affected, implicating a multitude of common websites and services. Apple, Google, Microsoft, and major e-banking services do not appear affected. The Tor Project said that "if you need strong anonymity or privacy on the internet, you might want to stay away from the internet entirely for the next few days while things settle."

Yet experts have also suggested that even if a server is patched, private keys may have been compromised before the fix, allowing vulnerabilities to linger. "I bet that there will be a lot of vulnerable servers a year from now," Weaver said. "This won't get fixed." Affected sites need new SSL certificates, which is expensive and time-consuming but necessary to purge Heartbleed. A safe SSL certificate should show an “issued on” date after the recent security patch.

Passwords on affected sites must be changed, experts say, but after a site’s security is properly bolstered. "These are really subtle bugs," Weaver says. "You might detect it if you ran it through a memory checker, but this is not the kind of thing that just shows up looking at the code." There are tools that test sites for Heartbleed vulnerability. Yet susceptibilities will remain depending on the website.

“Because individual servers have to be fixed manually, some sites might not get around to repairing the bug for quite a while,” wrote The Wire. “In other words, take Heartbleed on a site-by-site basis. Very few sites have offered comprehensive information on what to do about Heartbleed to its users.”

Heartbleed has proved a bigger menace – in scale of computers affected and the severity of the breach – than “GoToFail,” a bug that hassled Apple earlier this year.