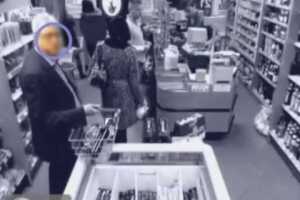 British supermarket chain Tesco is installing face-scanning cameras at its 450 gas stations across the U.K. to target customers with customized ads. Cameras at each register will scan customers' facial features to determine their gender and age range, and then a targeted ad will pop up on a nearby screen intended to spur an impulse buy.

British privacy group NO2ID’s has compared it to something out of the movie Minority Report. "A lot of customers will find it a bit creepy and intrusive," the group's campaign manager, James Baker, told The Yorkshire Post. "Our concern is that they will be scanning people’s faces without their permission and judging their behavior."

In response to those concerns, Quividi CEO Olivier Duizabo said the system is "not comparable at all to Minority Report" because it does not store any images of customers.

"Algorithms and other routines are used to detect and classify a human face, in a completely anonymous fashion," Duizabo told Business Insider. "Once detected, a count is made of the gender, broad age banding of the viewer, its presence and attention time. It is only these simple counts that are collected, stored and analysed. No personal or identifiable data is ever recorded."

Coca-Cola has also invested in facial recognition technology. The company has used Affdex, developed by Massachusetts firm Affectiva, to track consumers emotional reactions to ads as they watch them on TV or see them on a computer screen.

Here's a video on how Quividi's technology works: