Emil Michael, senior executive at Uber, suggested that the company should consider hiring a team of opposition researchers to dig up dirt on its critics in the media — and specifically to spread details of the personal life of a female journalist who has criticized the company.

After that a senior editor Ellen Cushing complained of blackmail by the manager of the company as he threatened to use her personal data to track the location of the girl.

On the 16th of November Uber organized dinner. The dinner was hosted by Ian Osborne, a former adviser to British Prime Minister David Cameron and consultant to the company. At the dinner, the executive, Emil Michael, outlined the notion of spending “a million dollars” to hire four top opposition researchers and four journalists. That team could, he said, help Uber fight back against the press — they’d look into “your personal lives, your families,” and give the media a taste of its own medicine. After the statement was leaked to the press, Michael retracted his words.

Senior editor Ellen Cushing was repeatedly told that she had been blackmailed by Uber workers. Several managers warned Cushing: her personal data may be misused. Former employees of the service told the journalist that Uber can track her location by the logs in the application. Ellen Cushing claims that her account data wasn’t used by the company. She believes such warnings are ensured to scare the editors, but there is no real threat to their lives.

Meanwhile two ex-Uber employees told that the "God View" tool, which allows users to track both Uber vehicles and customers who have requested a car, is not open to contracted Uber drivers, but is "widely available" to those at corporate level. By tracking Bhuiyan without her permission, Mohrer went against Uber's privacy policy, which states that its employees are prohibited to look at customer rider histories except for "legitimate business purposes."

Journalists and bloggers criticized Uber, many of them began defiantly remove the application from their mobiles. A web designer David Klein said that there has been too much noise around Uber recently, the company casually refers to its customers. And driving with Lyft, he said is safer and more convenient. 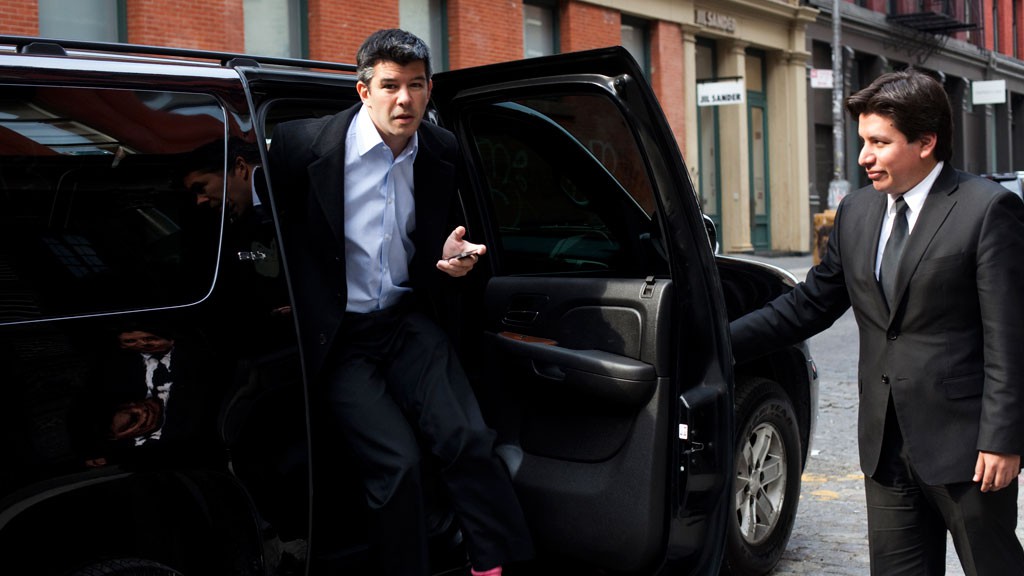 Uber`s CEO Travis Kalanick apologized for the words of the top executive. In addition, Uber issued an official denial of the fact that the company may use customer information for the purpose of blackmail - Uber assures users their data can only be obtained for a "legitimate" purpose. Mashable claimed that according to Uber, those "legitimate business purposes" include troubleshooting bugs, checking accounts for fraudulent activity, facilitating payments and "supporting riders and drivers in order to solve problems brought to their attention by the Uber community."

Furthermore, Gizmodo reports that before Uber explained the situation using the personal data of users they changed their privacy policy, but even that may not cover its back this time. While it makes sense for Uber to be able to track its drivers, if only for safety reason, naming the system God View, tracking journalists with it, and then telling them about it... well, it doesn't seem like great business sense.

Uber is one of the most scandalous startups from the United States. It was repeatedly accused of conducting overly aggressive marketing policy and contempt for their customers.

In early August 2014 Uber and Lyft services accused each other in ordering fictitious trips. Lyft representatives said that Uber employees have ordered and canceled more than 5,000 rides from rival. Uber representatives in response to competitor accused Lyft of 13 thousand bogus calls. In late August, there was a rumor that Uber is not simply asks its employees to book and cancel a trip to Lyft, but employs for that special people who are issued a temporary mobile phones and credit cards. Uber denied this information.