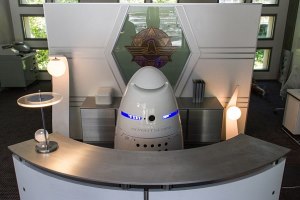 The security robots, called Knightscope K5 Autonomous Data Machines, were designed by a robotics company, Knightscope, located in Mountain View, California. The robots are programmed to notice unusual behavior and alert controllers. It also has odor and heat detectors, and can monitor pollution in carpets as well.

Last but not least: with cameras, the Robocops can remember up to 300 number plates a minute, monitoring traffic. It works like this: someone steps in front of a robot, which stops and moves around the person while sending video to a control center. If a burglar doesn’t leave, then “the robot is looking at the video, listening for glass breakage, any loud sound that breaking in would cause. We'll get the license plate, picture of the vehicle, geotag location, and time,” says project co-founder Stacy Stephens. 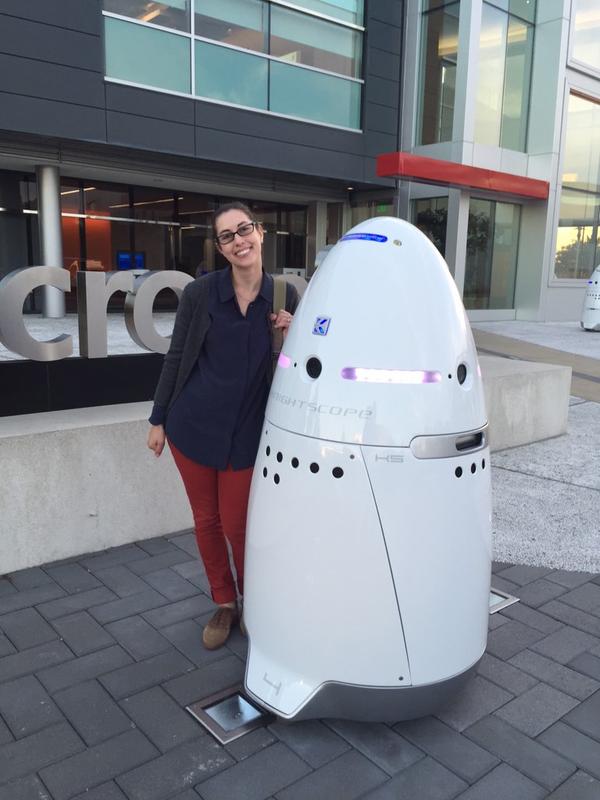 The robotics company says that it will be placing the robots in patrol malls, offices, and local neighborhoods, as well as outdoor spaces like corporate campuses, college campuses and open air malls. Knightscope said that future growth opportunities include areas in schools, hotels, auto dealerships, stadiums, casinos, law enforcement agencies, seaports and airports.

The estimated crime reduction in the area would be by 50 percent with robots involved, the company claims. Reportedly five K5 robots have been deployed to patrol in the San Francisco Bay Area. Including the Knightscope’s headquarters the robots are also guarding an “undisclosed” location in Silicon Valley, KPIX-TV reported.

The robot is 1.5 meters (5 feet) high and weighs about 136 kilograms (300 pounds), representing a combo of laser scanning, wheel encoders, inertial measurements, and GPS. 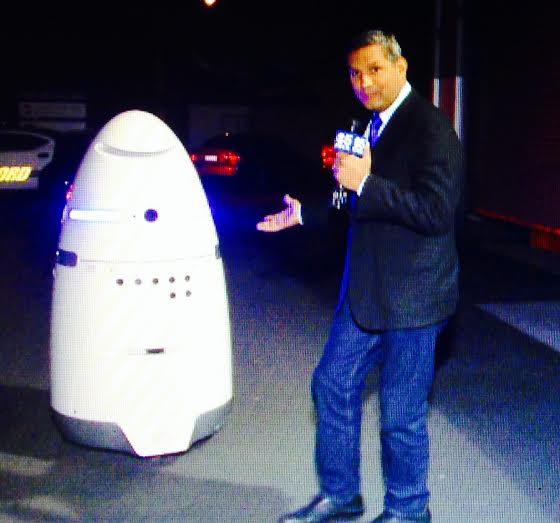 It’s also built with a button on its head for human enquiries. “Imagine a friend that can see, hear, feel and smell that would tirelessly watch over your corporate campus or neighborhood, keep your loved ones safe and put a smile on everyone passing by,” the company says on its website.

”Imagine if we could utilize technology to make our communities stronger and safer…..together,” the firm added. The robots are autonomous and have been developed to function with any interference from the people, and to avoid confrontations.

The robotics company also responded to fears that no human power will be needed in security. “I believe robots are the perfect tools to handle the monotonous and sometimes dangerous work in order to free up humans to more judiciously address activities requiring higher-level thinking, hands-on encounters or tactical planning,” the statement in the Knightscope blog read.

So far, people have been treating the robot very nicely, seemingly not quite understanding its functions, Stacy Stephens told. “The vast majority of people see it and go, ‘Oh my God, that’s so cute.’ We’ve had people go up and hug it, and embrace it for whatever reason,” she said.

If someone decides to attack the robot, though, the result would be first “a loud chirp,” and then louder and louder sounds. “A very, very loud alarm. Think of a car alarm but much more intense,” said Stephens.