Social network Facebook from 1 January 2015 introduces a new policy for the use of data about users, allowing you to transfer them to third parties without the Express permission of the data owner. 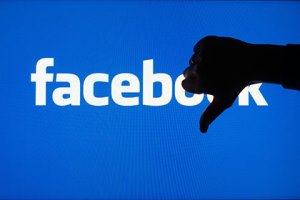 This is stated in the notice of the social network, directed to the Russian users. According to the notification, the person shall be deemed to agree with the new policy, if after 1 January 2015 will continue to use the social network and its services. In the new edition of the policy tells you who Facebook will share the personal data of its users.

These are: service advertising and Analytics companies, Telecom operators and other service providers to Facebook. In addition, user data Facebook to share with his partners - owners of Internet sites and applications for mobile devices, as well as other companies whose products or services are becoming users of the social network.

Facebook will also give data users the government, if it considers that the request is legally justified. This social network will not ask each user's consent to the transfer of personal data. Facebook will default to assume that agreed to by all who are its users after January 1.

The subject of collecting social network are, in addition, contact information for the user, not only those which he enters upon registration, but passed them or other users through the internal messenger Facebook. Collection subject and data from address books smartphones or tablets, if the user synchronizes them with Facebook.

At the end of last year, Ruslan Gattarov, who was then a Senator, said that the social network should lead policy use of personal data Russians in accordance with Russian law. This would require obtaining from each user expressly consent to the collection, use its data and transfer them to third parties. However, now declared a new policy of social networks such provisions does not contain.