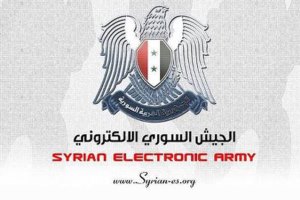 Among those the attack affected were two UK newspapers, the Independent and the Telegraph, as well as CNBC, the Canadian Broadcasting Corp., and the Boston Globe. But the attack was indirect, relying on an Internet-address switcheroo involving services provided by a partner, Gigya, a startup that handles customer identity matters. The attack was a variation on earlier Syrian Electronic Army methods. The group didn't gain access to Gigya servers, but instead redirected its Internet traffic to its own servers.

Those servers showed a pop-up message that read, "You've been hacked by the Syrian Electronic Army." The Independent reported that the redirection took place after Gigya's Domain Name System (DNS) Internet address records were altered through GoDaddy, a company that handles those matters.

Gigya on Thursday reassured customers that the issue has been resolved and no harm to actual websites was done. "To be absolutely clear: neither Gigya's platform itself nor any user, administrator or operational data has been compromised and was never at risk of being compromised," Chief Executive Patrick Salyer said in a blog post.

Nevertheless, the attack, which was very visible to many users, shows the influence a hacking group can have even without getting detailed customer data. And with major attacks on companies like Target, Nieman Marcus and Home Depot fresh in mind, people have a right to be on edge. Syrian Electronic Army attacks on Forbes and Viber resulted in the loss of some customer data. The group has concentrated on the news media, with other victims including the BBC, the New York Times, Reuters and the Onion.

"Gigya has the highest levels of security around our service and user data. We have put additional measures in place to protect against this type of attack in the future," Salyer added.

A Twitter account apparently associated with the Syrian Electronic Army claimed credit for the attack, showing a screenshot of GoDaddy's DNS record for Gigya. "Happy thanks giving, hope you didn't miss us! The press: Please don't pretend #ISIS are civilians. #SEA," the tweet from the pro-Assad group said.