Case suggests how government may get around phone encryption

The Justice Department is turning to a 225-year-old law to tackle a very modern problem: password-protected cellphones. 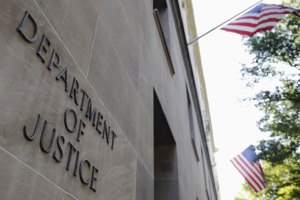 Prosecutors last month persuaded a federal magistrate in Manhattan to order an unnamed phone maker to provide “reasonable technical assistance” to unlock a password-protected phone that could contain evidence in a credit-card-fraud case, according to court filings.

The court had approved a search warrant for the phone three weeks earlier. The phone maker, its operating system and why the government has not been able to unlock it remain under seal. The little-noticed case could offer hints for the government’s strategy to counter new encryption features from Apple Inc. and Google Inc., say privacy advocates and people familiar with such cases say.

“It’s part of what I think is going to be the next biggest fight that we see on surveillance as everyone starts to implement encryption,” said Jennifer Granick, director of civil liberties at Stanford University’s Center for Internet and Society. Pointing to the phrase “technical assistance” in the order, she asked, “Does this mean you have to do something to your product to make it surveillance friendly?”

Historically, prosecutors generally used search warrants to require companies to unlock phones. Apple displays required language for such warrants on its website and offers a fax number to more easily serve them. Sample search warrants directed at Google for Android-powered phones are easy to find online.

But Apple and Google complicated that process this fall by including new encryption schemes in their latest operating systems that the companies say they can’t unlock. If an iPhone user sets a password for the device, the data is encrypted when the phone is locked. The only way to decrypt it – even if police ship it to Apple – is to know the password, which Apple says it doesn’t record. That technological shift prompted tense private meetings this fall between Apple and Justice Department lawyers.

Amid that standoff, the government on Oct. 10 obtained a search warrant to examine the contents of the phone in the credit-card case. The phone was locked, so prosecutors asked U.S. Magistrate Judge Gabriel Gorenstein to order the manufacturer to unlock it. They cited the All Writs Act, originally part of a 1789 law that gives courts broad authority to carry out their duties.

Much remains unknown, including the maker of the phone, and what happened next. The language of the opinion suggests it could apply to a company like Apple. The order is directed at the “manufacturer of the cellphone,” and Apple is one of the few companies that produce both the phone itself and the software that would manage the encryption.

Apple declined to comment. Marc Zwillinger, a Washington-based technology attorney who has represented Apple, declined to comment. James Margolin, spokesman for the U.S. attorney’s office in the Southern District of New York, said, “It’s not that unusual for the government to use an All Writs order to get a phone-maker to unlock a phone.” But Albert Gidari, a partner at Perkins Coie LLP who has worked with technology firms on surveillance matters, questioned the government’s approach. “There’s danger in this. How far do you have to go” to assist the government, he asked.

Rulings by federal magistrates do not set formal legal precedent like higher court rulings. But published opinions from magistrates often are used by other judges to aid their thinking in similar cases, Mr. Gidari said. Brian Owsley, a former federal magistrate familiar with surveillance issues, said it may be notable that Judge Gorenstein published an opinion for a routine matter. “Typically a magistrate is just going to sign it,” said Mr. Owsley, now a professor at Indiana Tech Law School. “He could have just had a sealed order.”